First thing’s first – let me give you a wee life update. I have less than a week until my final exam (finally) so I’m doing the whole last min cramming thing. As of this next Friday, 2nd June, I shall be free for summer!!!! So you can expect regular posting to resume then.

Thanks to the lovely people at Redbrick Newspaper, I had just the best opportunity of being able to head down to the Genting Arena (!!) the other week to interview Sabrina Carpenter (!!) ahead of her show with The Vamps !! 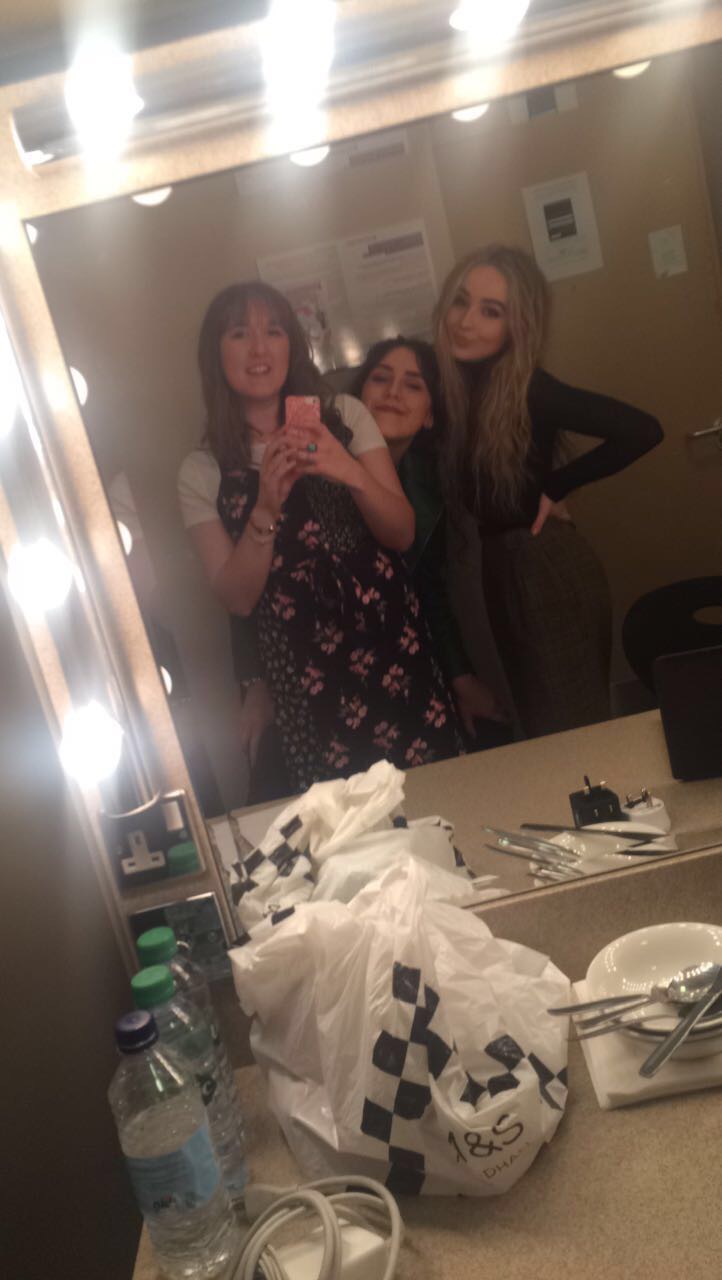 Let’s get right ownnn with the interview! Also, I’ve linked the full audio of the interview, so you get to hear her insanely cool American accent, at the bottom of the post! Get readin’ and scrollin’ down xoxo

Sabrina Carpenter’s current, blossoming CV reads a little like this: Disney Channel actress, international singer-songwriter with two albums to date, and owner of an actual swing in her bedroom. Did I mention this girl has just turned 18? I know. I exclaimed ‘what?!’ when I found out, too.

And as I’m led backstage at the Genting Arena, on the afternoon of Sabrina’s show with The Vamps, past the crowd of fans hoping to catch a glimpse of some celebs (by the way, that was me circa 2013, waiting for Olly Murs to make an appearance and take a selfie with yours truly) this all felt very surreal. And didn’t help my nerves whatsoever. Take into account the fact that I used to be a crazed fangirl, along with the prospect of talking to an international triple threat who has achieved more in her 18 years than I will in my lifetime, and I was positively quaking in my boots.

Three seconds into Sabrina entering her dressing room and I’m greeted with a 5ft ball of energy that envelops me in the warmest of hugs. She can add to her CV ‘therapist’ as well, because I’m telling you now, Sabrina Carpenter calmed my nerves better than a 40-minute meditation session and had some sage words of wisdom for my own dilemmas, that I, ahem, subtly attempted to weave into conversation.

Sabrina on pursuing your dreams: “As far as dreams go, they should be unrealistic”

I asked Sabrina what her best advice would be for someone who wants to pursue their dreams, but feels like they’re just a little bit unrealistic, and boy, did she deliver. ‘I mean, as far as dreams go, they should be unrealistic,’ Sabrina told me (and soothed my ambitious heart with). ‘But I think for me it was just not taking no for an answer, trusting yourself, knowing your capability and what you’re made of. There’s gonna be times where people will try to tell you what’s right or wrong, but, you know, there is no right or wrong. There’s only your own opinion on things, and I think the more you stay true to yourself, the more successful you’ll be.’

Personal Agony Aunt session over, we got down into all things music. Performing alongside The Vamps on the UK and Ireland stint of their world tour, along with supporting none other than Ariana Grande next month and with her own Summer De-Tour coming up in, you guessed it, the summer, it’s safe to say Sabrina is maybe just a little busy. Keeping energy levels up during a gruelling tour must be just a little tough. ‘I’ve found espresso recently, which is this magical concoction that gives me the energy I need,’ Sabrina laughs. ‘Actually, I think the energy of the audience can really make a show. Even if I’m tired, for some reason, if it’s a good crowd I’ll just gain the energy on stage. Chocolate cake does the job too!’ 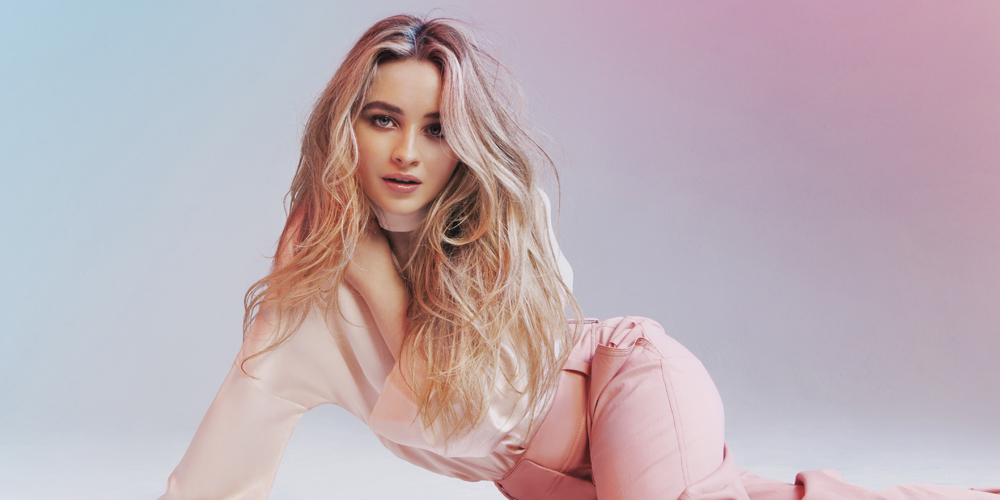 As glam as it all seems, sometimes touring isn’t all fun and games. ‘I think the worst part is probably just living out of a suitcase,’ Sabrina tells me. ‘You have to always be on the go, you might not get a lot of sleep and you just kinda have to run with it.’ However, she’s not giving up that tour life anytime soon. ‘There’s so many better things that outweigh the bad. You know, you’re in front of new faces every night in different places, you’re playing the songs that you love and that people are singing back to you. Every night you just get to dress up and sing; it’s weird to call it a job because it just seems like a party.’

Supporting The Vamps makes the touring process all the more fun for Sabrina; she can’t get enough of watching their performance every night. ‘When you’ve been on tour for a while, after the first couple of shows you’re like “okay, I don’t need to watch anymore”, but I wanna watch The Vamps every night. They have the best energy and stage presence and they’re just all really in love with what they do. It’s cool to find that in young people.’ However, seeing as tonight is her last night supporting the boys, Sabrina let me in on her fears for post-show. ‘They’re pranksters. I’m really scared for tonight, actually. I hope they don’t prank me.’ Plus, Brad likes to tease her on a regular basis. Sabrina tells me that her favourite UK city is most definitely Birmingham, and when I agreed, she got pretty excited about it. ‘I said it right!! Tell Brad that, by the way, if you see him, because he keeps saying that I say it wrong.’

Sabrina on being starstruck: “When I met Beyoncé, I just don’t know how I was breathing afterwards”

Country-hopping and constant travel means that Sabrina doesn’t really get to head back home all that often. Her sister, Sarah, is her backing singer, which helps as it ‘feels like home’ wherever Sabrina goes, but she misses a lot from back in the US. ‘I miss my dog! I got to bring him on my US tour, but couldn’t bring him to Europe. I miss the rest of my family and I just miss my bedroom.’ And what does she miss about her bedroom, I hear you ask? This is where the swing comes in. ‘My bedroom is like my sanctuary. I have my record player and I have a swing. It’s not as special as it sounds, and it makes me sound like someone you hate automatically, but it was really cheap and I got it online from Urban Outfitters.’ Guess who searched ‘swings’ on Urban Outfitters on leaving the arena? Guess who attempted to clear a decent swinging space in her tiny uni bedroom upon arrival back home? Me. I know, the crazed fangirl circa 2013 is definitely still lurking inside somewhere. Don’t judge.

Talking of fangirling, I asked Sabrina if she ever still gets star struck when she meets other celebrities. And yes, I did only ask that question to make myself feel better for that 2013 dip in dignity. ‘Yes!’ Sabrina exclaims. ‘When I was 10 I met Miley Cyrus and I was so quiet. My Mum was like, “I’ve never heard you say less in your entire life”, but she was Hannah Montana and I was awestruck.’ Sadly, the Miley fangirl experience didn’t really make me feel better about 2013, considering Sabrina was 10 and I was considerably older when I fangirled to the max. But one chance meeting that really sticks in Sabrina’s mind is the moment she met Queen Bey. ‘Beyoncé was a big one. The thing is, with that one, I just couldn’t believe how I made it through the minute that I was talking to her. I played it, I think, pretty cool. I just don’t know how I was breathing afterwards.’ 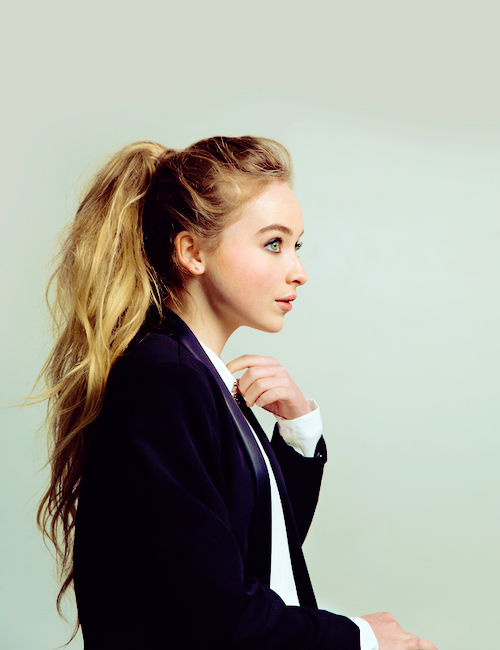 Keeping it cool in front of Beyoncé is, as I’m sure you can guess by now, not the only massive achievement Sabrina Carpenter has accomplished in her mere 18 years on the planet. I asked Sabrina to whittle down her biggest achievements for me. ‘I would say graduating high school is one, because I just graduated.’ High school, whilst touring the world? Oh, you know, no biggie. ‘I would say creating two albums, because I think that itself, in a singles world, is an accomplishment.’ At 18? Heck yes. Any more achievements? Ones to rival this superstardom scale? ‘I’ve always wanted to go to Paris and I accomplished that on my 18th birthday. Then, when I was a little girl, my biggest dream was to ride in a human hamster ball and I did that.’ Isn’t that just the stuff of what dreams are made of? Sabrina, I salute you. Fair enough, girl.

As for the fans, that have made riding in a human hamster ball, among other things, possible for Sabrina, she’s extremely grateful for all their support. If she could say one thing to her fans, what would it be? ‘I just can’t wait for the journey that we’re going to take together. And to thank you for everything.’ Sabrina may be a long way from home, but her fans are still back in the US rooting for her. ‘Over here, I’m waking up when they’re going to sleep and they’re still so passionate with everything that I do. They’re there for me 100% and I can’t wait to come back on my own tour and see all of them in summer. It’s going to be really exciting.’

Sabrina on her fans: “I just can’t wait for the journey that we’re going to take together”

With that, I press ‘stop’ on the recording, yet Sabrina doesn’t rush to make a move to stand up. We continue chatting about everything from how I used to be (and still secretly am) a little fangirl, to the vintage trousers she is totally rocking. We grab a selfie in her, of course, spotlighted mirror and we part with another hug. As I’m led back off by security, back to reality and rainy Brum, Sabrina hops on a skateboard she has lying around backstage, just because she can.

And yes, I immediately contemplated purchasing not just a swing, but a penny board too. Star struck fever 101. 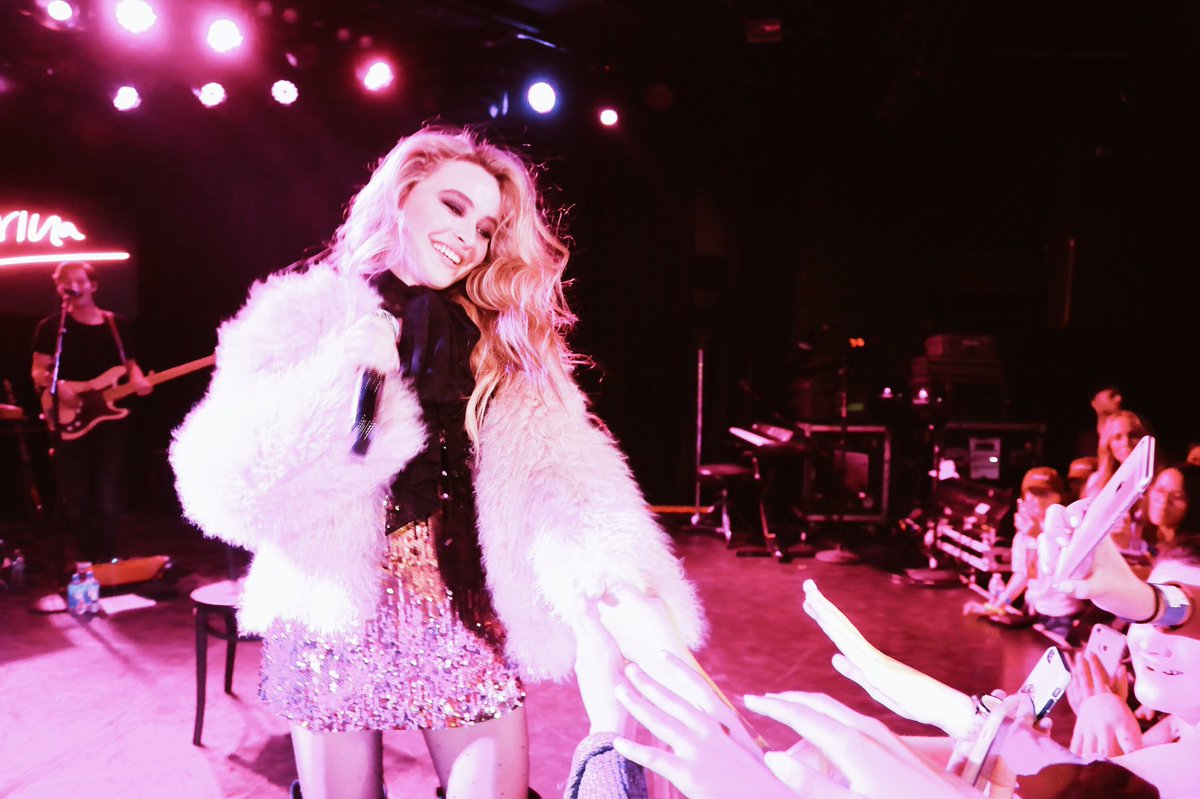 Alsooooo, here’s the audio of me lil interview, as promised! I’d absolutely love it if you could follow me over on Mixcloud now ~ hoping to keep postin’ exciting interviews and radio shows in the future:

A Letter To My Past Self: Cheers To First Year