Instagram requires authorization to view a user profile. Use autorized account in widget settings
Breakin' Down Society's Bullsh*t
The C Word: Relationships in Lockdown
Have a listen to Episode 2 of The C Word Podcast
Have a listen to Episode 5 of The C Word Podcast!
Mental Health Awareness Week: We’re here for you
Have a listen to Episode 4 of The C Word Podcast (it’s a positive one!!)...
The C Word: Lockdown’s easing… but are we?
Have a listen to Episode 3 of The C Word podcast!
How to get zen and chill at home (even when you may not be feelin’...
Say hello to The C Word podcast!
The Power of Dressing Up (ft. a day-night outfit for funsies)
The C Word: What we’re grateful for in this new ‘now’
Making a flat a home: how to optimise the diddy space you have for these...
The C Word: How to distance from the s*** on social media & build ur...
How to tackle the all-white fashion trend to be street-style ready from ya living room
The C Word: The Power of Reading in Isolation – good to escape to, or...
How to have the best bloody isolation Easter you ever did have
The C Word: Why being told to sit on your bum, do nowt + get...
Introducing: ‘The C Word’
20 positive things I’ve learnt since 2020 hit us
Things you’re allowed to feel during the Coronavirus outbreak
Cut the grad some slack
Every reason why you gotta visit Bristol
Anyone got any confidence lying around? ‘Cos I could use some
Hustlin’ kindly: Juggling full-time + freelance
I’m an aspiring journalist. And I’m questioning my faith in journalism now.
FIRST LOOK: Tame Impala’s new album (before it’s out oot oot)
Slow fashion advocates: Here’s 1 thing you forget about fast fashion consumption
Rediscovering a forgotten love for Birmingham – thanking you, Mercure Hotels
My 2020 vibe: Some gentle aims for the year
10 ways I’m stopping myself feeling blue this January
Living with Grief: 4 years on
Get to know Bristol (literally with me, I’m still new here)
My 2019 FAILURES
Everything that no one actually tells you about life after graduation
My lil Bristol flat (+ thoughts on life after uni)
Hiya! It be a new Madeleine Mae
Battle of the Jumpers: Keepin’ Cosy this Winter
Music

Howdy, ya’ll! [I’m sorry, I just had to start the post this way- it just felt way too apt].

I have something v exciting today. As some of you may know, I’m a gal who loves a bit of country. For years now, I’ve always been reluctant to label myself as a country music fan, because although I keep telling myself that I need to sit down and properly listen to the country greats (Johnny Cash, I’m talkin’ to you) I haven’t actually got round to fully listening to a full country repertoire. I’ve been a die hard Taylor Swift fan from the beginning, and actually prefer her country roots to her jump onto the mainstream bandwagon- although Shake It Off is 110% still my jam. Recently, I got to interview my absolute faves, Ward Thomas, the UK twin sisters who’ve formed to become the UK’s most successful country act. My reluctance to call myself a country music fan was because both T Swizzle and Ward Thomas combine their country roots with a more commercial sound and I didn’t feel like I had the right to call myself a country fan without fully appreciating the true Nashville roots of country, as seen with the likes of Cash and Parton.

So when an email all the way from New York landed in my inbox, naturally I was pretty intrigued. Reading on, I found that Maxwell & Sons Music Group in NYC wanted lil old me to feature the incredibly talented country musician Josh Okeefe on my blog. A chance for Mad to find out about new music, whilst dipping her toe into country again? Of course, I jumped at the chance. Very quickly. 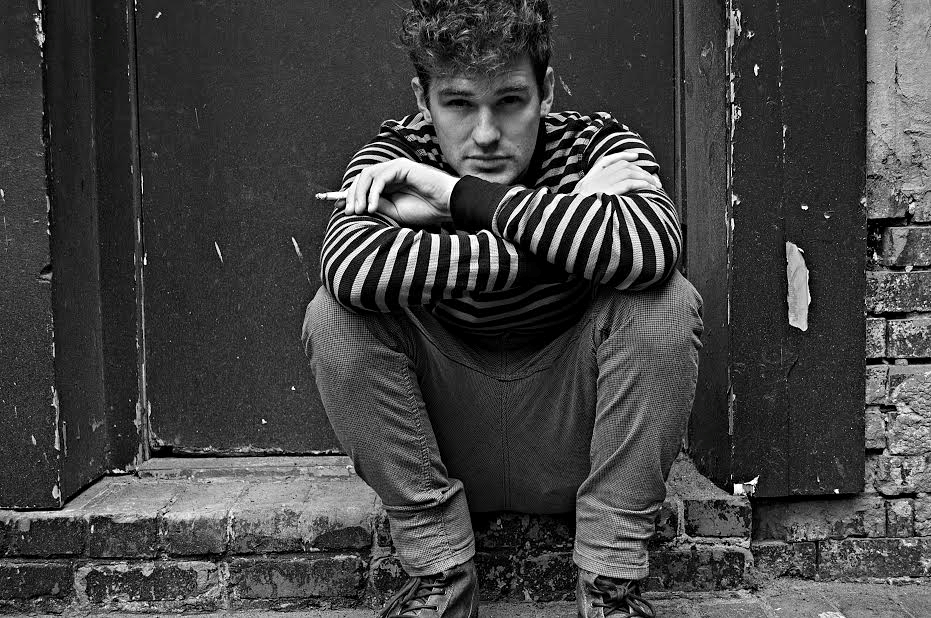 Something that makes this all the more exciting for me is that Josh Okeefe is actually from this side of the pond. Hailing from humble Derby, Josh studied at the Brighton Institute of Modern Music (BIMM) for just a year before the directors of his music school told him to get on the next plane to Nashville. And since then, he hasn’t looked back.

For a man who has performed on the same stage as Alison Krauss, Jamey Johnson, Randy Houser, Brothers Osbourne and more, it’s safe to say that Okeefe is a pretty big deal. 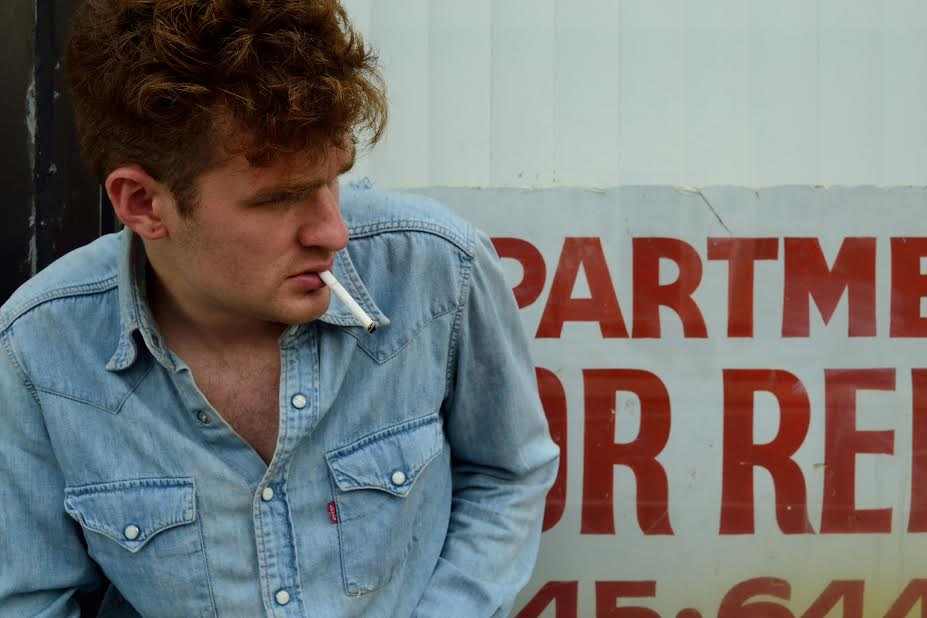 So, you know, naturally I wasn’t that bothered about featuring this guy’s music on my blog. Not at all. Ahem. [Lies].

If that name-dropping hasn’t done the trick, I’ve had exclusive access to Josh’s debut album in the lead up to its release TODAY. To celebrate you guys being able to get yo hands on his country, bluesy goodness, I thought I’d give you a full, track-by-track commentary on an album that is destined to feature on my lazy Sunday morning playlist. Enjoy! 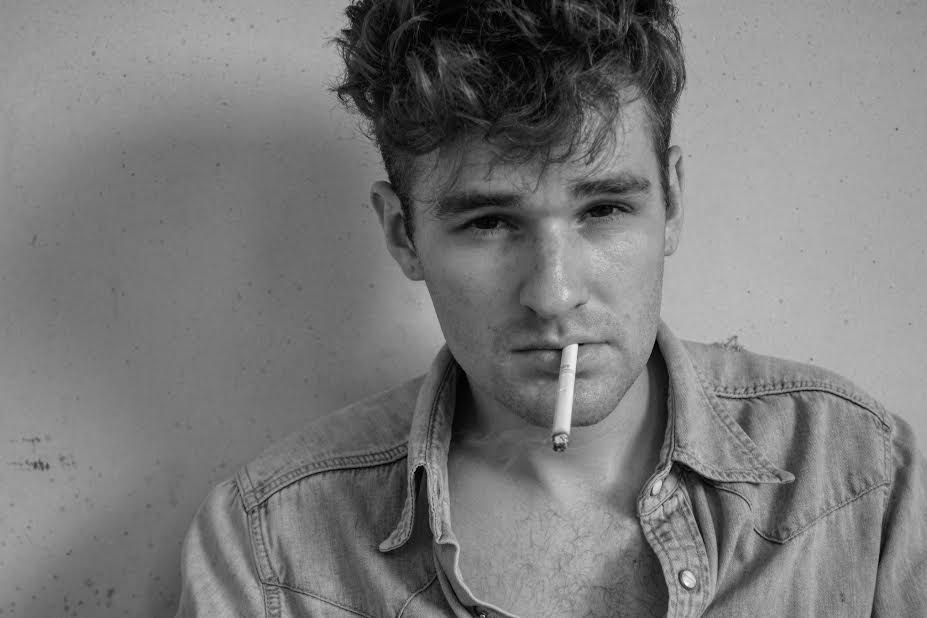 Okeefe has an annoyingly good talent at being able to write a song that you cannot get out of your head for hours. In a digital age, the music industry is saturated with musician after musician trying to find their own unique niche and their own hold on the public. Josh has this nailed from the opening track.

The simplicity of just having one man and his guitar, a stripped back symphony that captures your heart and mind on the first listen is no mean feat. Before you know it, you’re chanting back ‘here’s to the Salford boys’ in your very best, Johnny Cash-esque lilt. Catchy track that fills the niche left by the very big shoes of a country great? Okeefe nails it. 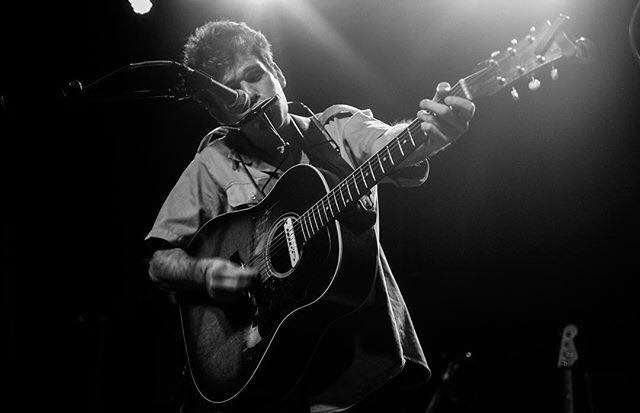 I mean, we can talk about big shoes to fill here, and all. Covering the classic song by Harry Belafonte, Okeefe immediately puts his own country, bluesy stance on it.

The opening guitar instantly reminds me of the classic opening to Seen It All that Jake Bugg always likes to throw in when performing live. And just as Jake captures the crowd with just himself and his guitar, so too does Okeefe. Think of a Johnny Cash, Jake Bugg hybrid. You’re there. And it’s so good. 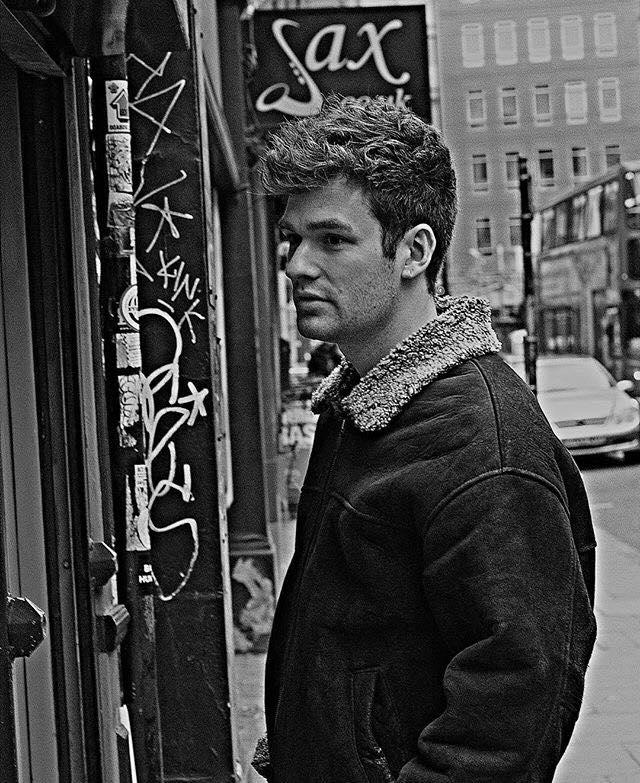 Now, this song is just the Sunday morning, chilled track of DREAMS. The melancholic drawl of Josh’s voice, coupled with the lazy lilt of the guitar proves to be one of his most popular songs. Featured on BBC Introducing, I think the nation wants this song on repeat. Every weekend. 11am lie in? Yes please.

My only criticism? That it isn’t longer. At 2:06, it’s not quite long enough to suffice my lazy Sunday mood. I want to chillax for longer, Okeefe! 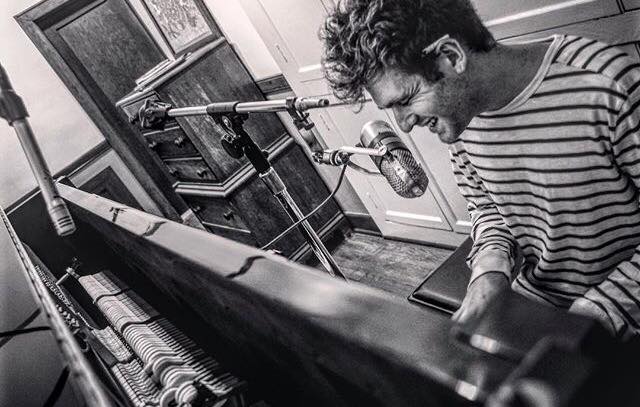 The energetic picking of the guitar here takes centre stage. The harmonising octaves, along with the riffs stepping up and down the scales give this song a v bluesy feel. You legitimately can imagine this song narrating a silent country movie scene, it’s that atmospheric. Lav it. 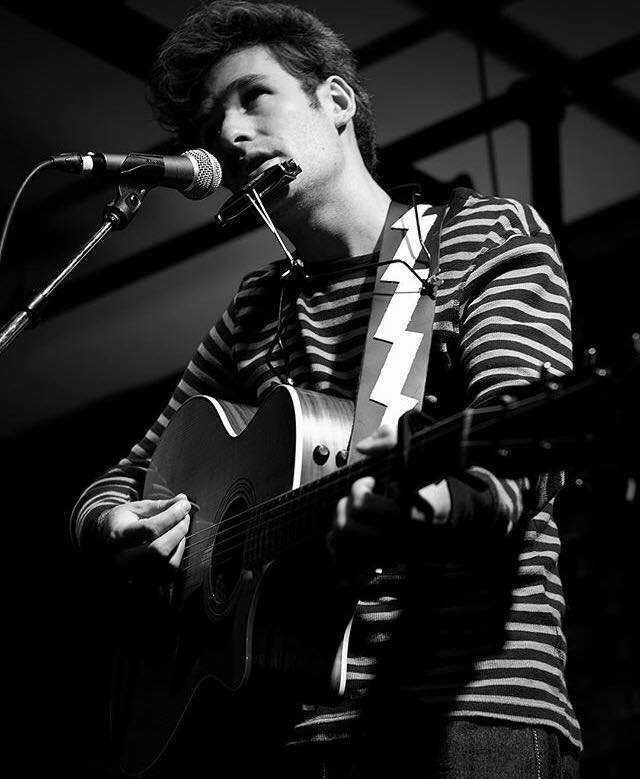 This song is probably the most commercial, upbeat track of the lot. However, that phrasing doesn’t quite do the song justice.

It’s a beautiful testament to his love, who’s the ‘only one keeping me going’. It’s a reminder that even when life is tough, there’s always that one person that you can really count on to make things okay again.

Okeefe brings everything back down to a peaceful, melancholic mood with this track. The beautiful guitar honestly sounds like an instrumental lullaby and his vocals are punctuated by the nostalgic sound of a harmonica.

The song builds to an understated climax and ends beautifully with the harmonica fading out. Ah, Nashville, I feel like I’m there on a porch being serenaded. Laaavely. 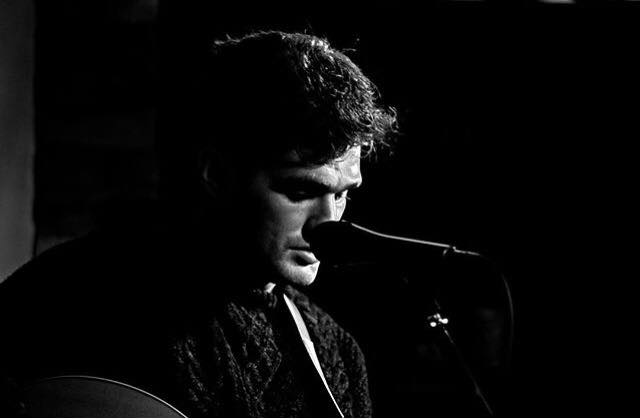 I mean, this song needs no explanation. This classic Johnny Cash and June Carter track actually has fond memories for myself, so it’s so nice to hear it again. My best pal, Milly, sang this song for a GCSE Music assessment and whenever I hear this song, I’m back in a tiny practise room, in easier times, helping her rehearse.

This cover just is testament to Okeefe’s timeless talent- his voice transcends decades and continents. One listen, and you’re back in 1960’s Nashville. What a wonderful place to be.

This song just rounds off the album perfectly. ‘Riding on as the sun went down’, Okeefe wanders off into the sunset singing to himself and strumming his guitar.

The album ends on a peaceful, contemplative note. Lazy Sunday mornings have never felt so good. 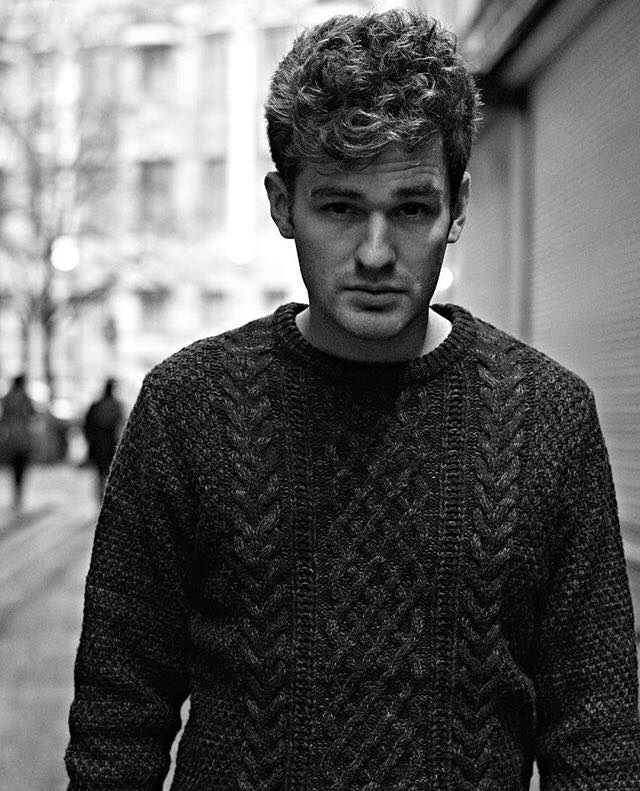 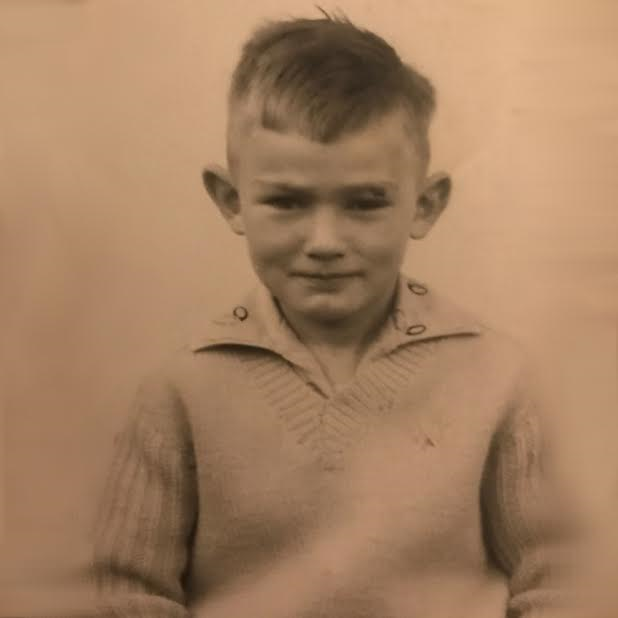 A Letter To My Past Self: Cheers To First Year