Instagram requires authorization to view a user profile. Use autorized account in widget settings
Breakin' Down Society's Bullsh*t
The C Word: Relationships in Lockdown
Have a listen to Episode 2 of The C Word Podcast
Have a listen to Episode 5 of The C Word Podcast!
Mental Health Awareness Week: We’re here for you
Have a listen to Episode 4 of The C Word Podcast (it’s a positive one!!)...
The C Word: Lockdown’s easing… but are we?
Have a listen to Episode 3 of The C Word podcast!
How to get zen and chill at home (even when you may not be feelin’...
Say hello to The C Word podcast!
The Power of Dressing Up (ft. a day-night outfit for funsies)
The C Word: What we’re grateful for in this new ‘now’
Making a flat a home: how to optimise the diddy space you have for these...
The C Word: How to distance from the s*** on social media & build ur...
How to tackle the all-white fashion trend to be street-style ready from ya living room
The C Word: The Power of Reading in Isolation – good to escape to, or...
How to have the best bloody isolation Easter you ever did have
The C Word: Why being told to sit on your bum, do nowt + get...
Introducing: ‘The C Word’
20 positive things I’ve learnt since 2020 hit us
Things you’re allowed to feel during the Coronavirus outbreak
Cut the grad some slack
Every reason why you gotta visit Bristol
Anyone got any confidence lying around? ‘Cos I could use some
Hustlin’ kindly: Juggling full-time + freelance
I’m an aspiring journalist. And I’m questioning my faith in journalism now.
FIRST LOOK: Tame Impala’s new album (before it’s out oot oot)
Slow fashion advocates: Here’s 1 thing you forget about fast fashion consumption
Rediscovering a forgotten love for Birmingham – thanking you, Mercure Hotels
My 2020 vibe: Some gentle aims for the year
10 ways I’m stopping myself feeling blue this January
Living with Grief: 4 years on
Get to know Bristol (literally with me, I’m still new here)
My 2019 FAILURES
Everything that no one actually tells you about life after graduation
My lil Bristol flat (+ thoughts on life after uni)
Hiya! It be a new Madeleine Mae
Battle of the Jumpers: Keepin’ Cosy this Winter
Music

Heyooo all! Hope you’re not bakin’ toooo much in this 30 degree heat!

First off, lemme give ya’ll a lil blog update: I have ANOTHER exciting music post for you today. I’m super, super happy that the music section of my site is really taking off. As those of you who know me well will know, my first love in life was music. I sing, play guitar and piano and have been doing that since I was a wee thing. So to be approached by promoters, record companies and musicians themselves about this lil website I’ve curated is an absolute dream. I really hope you enjoy reading these posts. But, before we begin, I have ANOTHER exciting thing to mention: not only will I continue to support other musicians on this blog, I’m beginning me own lil musical venture myself! From 4th July onwards, I’m getting stuck in on rehearsals with some other incredible musicians, ready for some v v excite gigs we have lined up. And ya know, I may be posting some covers/original music over here as well (if I can stomach the nerves). EXCITE TIMES AHEAD!

Now, before we begin, here’s a lil life update: I am heading on holiday this week and I am so ready for a break! Sooo, I will try and get as many posts scheduled to go live whilst I’m away, but I do apologise in advance if it’s a lil quiet around here for a week or so. As soon as I’m back, though, be prepared for the holiday spam of a lifetime. I apologise in advance. Ahem.

So, ramble over, let’s get on with today’s post! 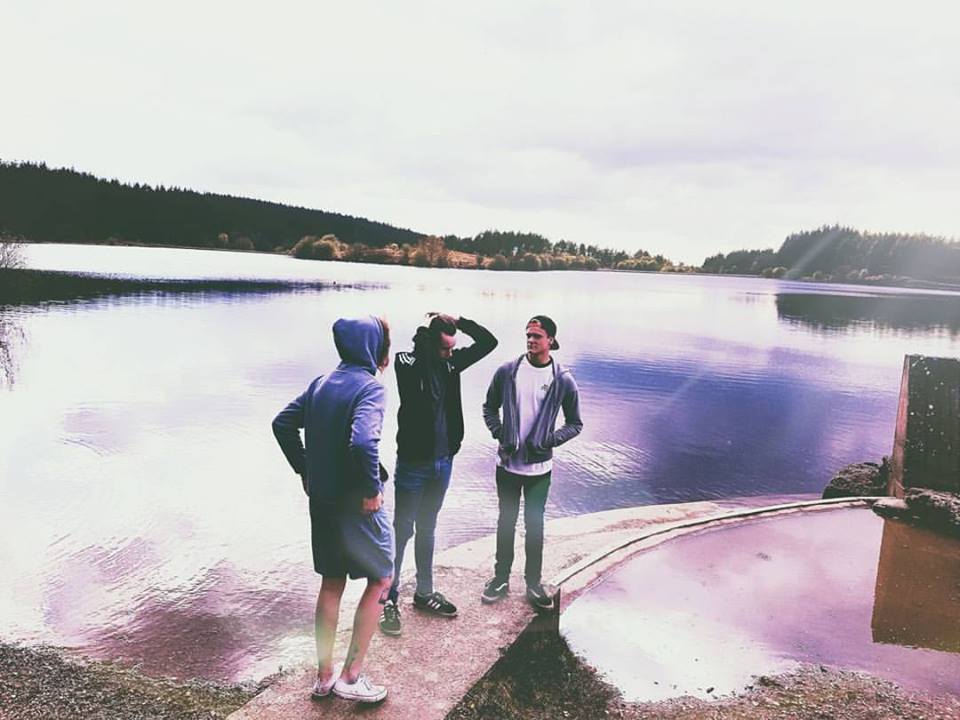 When Turbulence, the indie/rock band who have written tracks that I literally cannot get out of my head, contacted me recently, I was 110% up for doing a wee post on them. These guys are fab. They make enough sound for a 5-piece band and there’s only 3 of ’em. As a mahooosive fan of bands like Royal Blood and Nothing But Thieves, these guys have hit the nail on the head with extremely Maddie-esque music. And they’ve just recorded with Mr Simon Jones from The Verve (!!) Indie rock at its finest. Can you tell I’m a fan? No? Really? 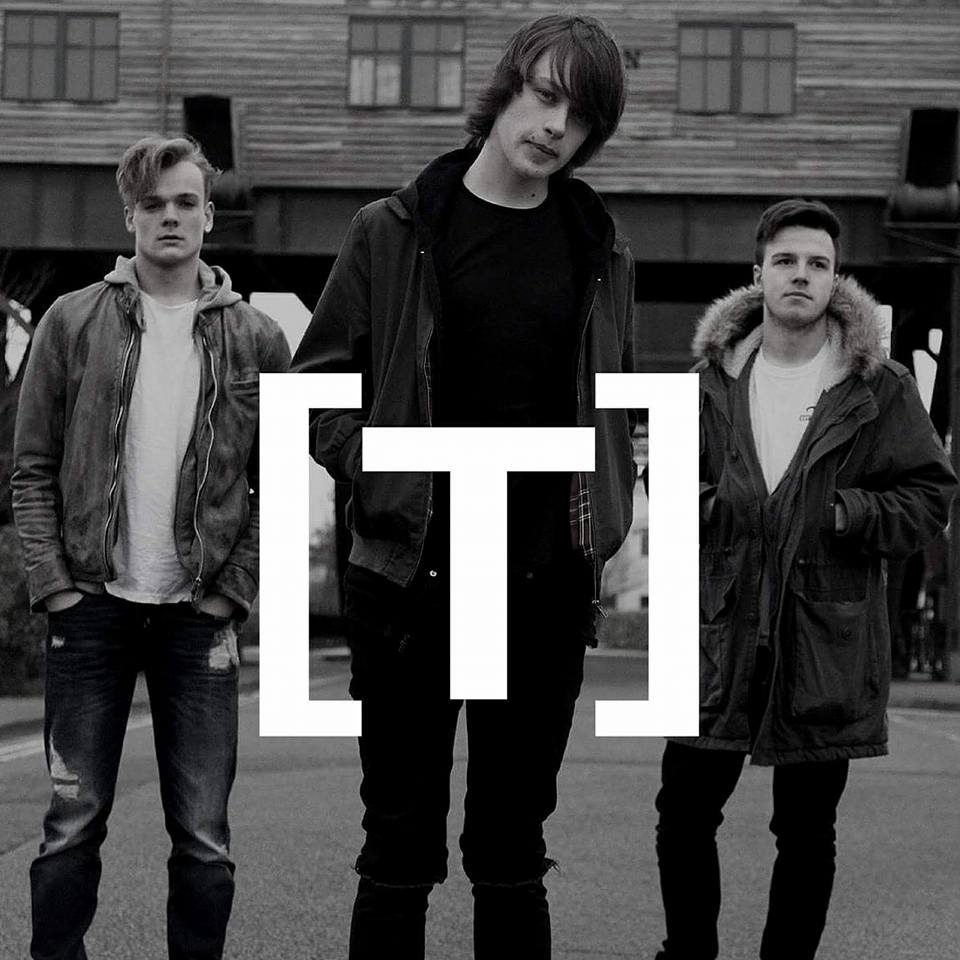 And to put that cherry on the doughnut (we’re not going to go with cake, because that would be far too mainstream) I’ve been allowed an EXCLUSIVE preview of the band’s self-titled EP, which is officially released on Spotify, iTunes, Apple Music and all your fave streaming platforms on 24th June. Which is this Saturday. Put the date in your diary, people.

So with that, I thought I’d give ya’ll a lil running commentary on the EP, as a lil taster of what to expect on Saturday. Aren’t I a tease, eh? I know. It’s going to be a turbulent (ha, geddit?) few days until then, but I promise it’s worth the wait. Let’s crack on, shall we? 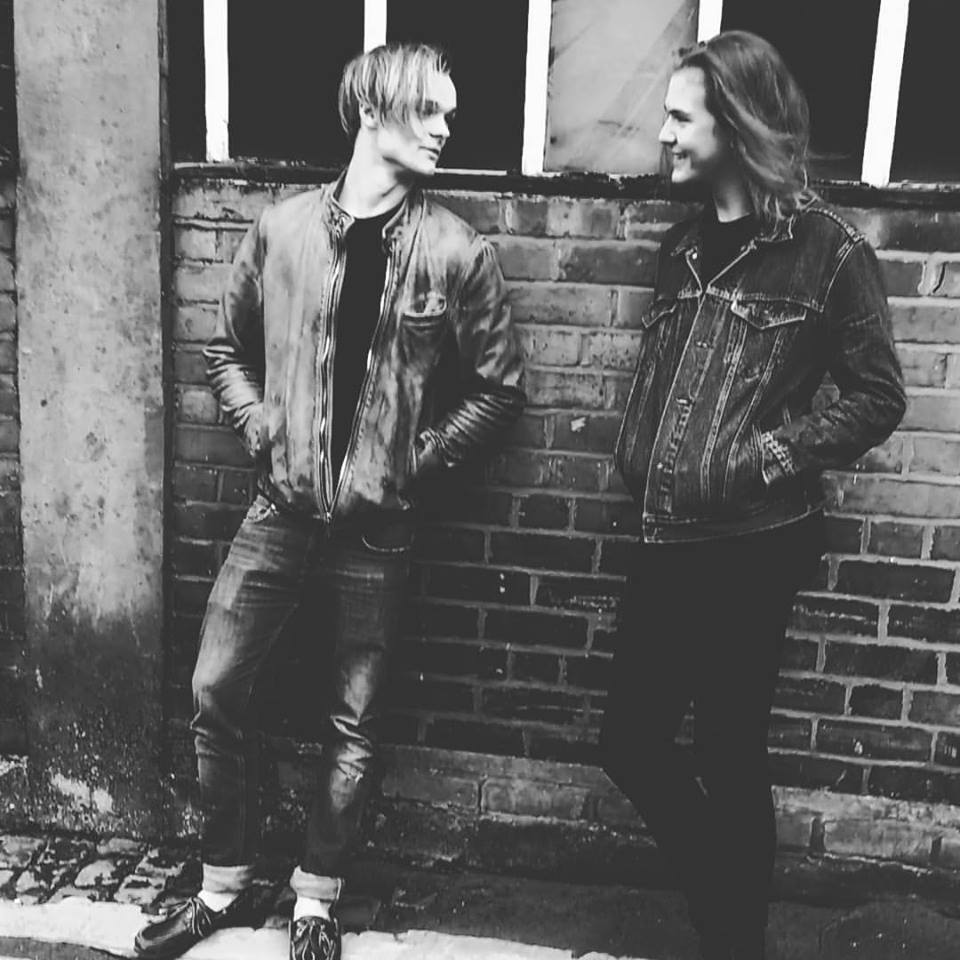 Opening with an effervescent energy, this track displays the full capability of the instrumentalists, along with proving from the opening riff the flipping catchiness of these guys. There’s a solid 1 minute intro before the vocals come in, which I would usually say is maybe a lil too long, but the music is so toe-tappingly good, you’re hooked. You’ll be whipping out your air guitar quicker than you can say ‘I love Turbulence’.

Lead vocalist, James Smith, somehow manages to multitask bloody good guitar solos, along with capturing the listener with his grungy, raspy vocals. These guys have buckets of energy and from the opening track, I’m already imagining how incred these guys would be at a festival. Mosh pit ‘n’ all. 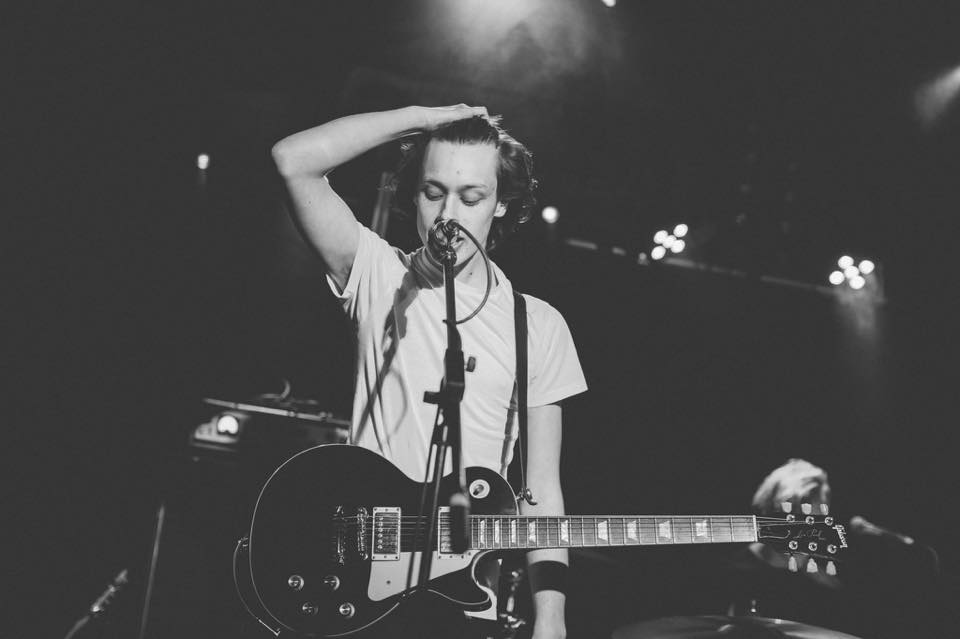 The guitar opens the first few bars of this track, quietly subduing to a more melancholic sound. However, do not be fooled, because the drums kick in and ramp right back up the classic Turbulence energy. The thing I love about this song is that the drums really control the energy of the track, ebbing and flowing to an energetic crescendo. This is an absolutely awful comparison and I’m desperately wishing for a better one, but the vocals remind me of a certain Luke Hemmings (I know, 5sos, I’m so sorry about that awfully pre-teen so-called ‘rock’ reference). Although a member of one of the cringiest ‘rockier’ pre-teen bands to exist, Hemmings does have a pretty good voice, with a raspiness akin to James Smith. And, awful comparison aside, I am diggin’ it. 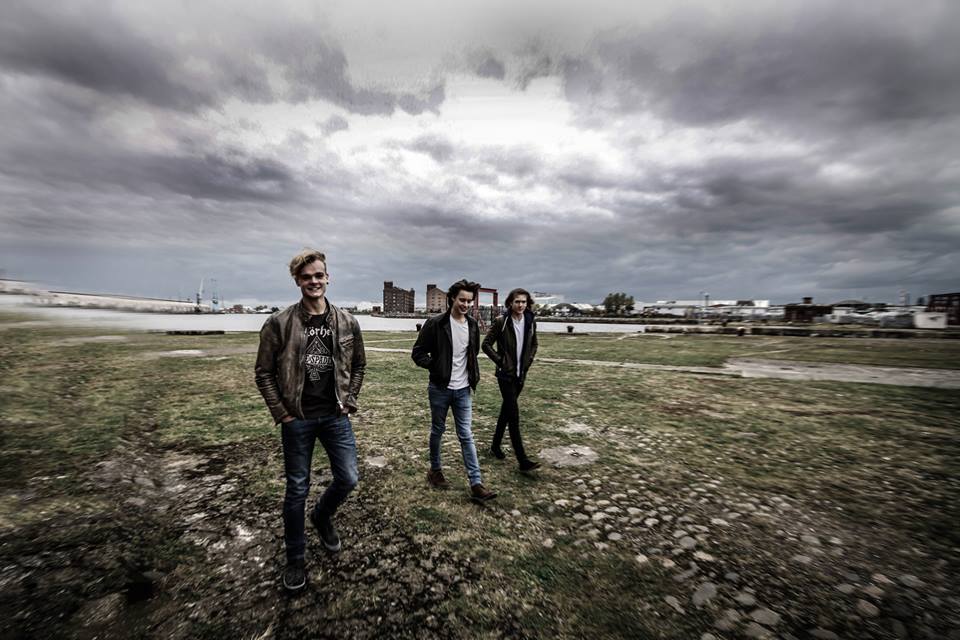 I keep bladdy saying it, but these guys are masters of a catchy riff. After my awful Hemmings comparison, I’m going to go full pelt and throw another awful metaphor in here, because I’m clearly on top written form today. [Sarcasm]. But what I was going to say is that the secret power to Turbulence’s catchiness is a lil like propaganda- hear me out. Once you’ve heard the messages enough times, they’re stuck in your head and you cannot get them out. Whereas the effects of propaganda are wholly negative, Turbulence are onto something special with their repeated, catchy riffs. They’re simple, but they’re darn catchy. You’re repeatedly whipping out that air guitar and you’re having a damn ball. It so gooood.

Again, the energy ebbs and flows throughout the song, with a muted bridge with the repeated lyrics of ‘she takes me to a higher ground’, building to an incredible guitar solo and a full-on drumming sesh. Honestly, you need to have a listen for yourself on Saturday. It’s awesome. 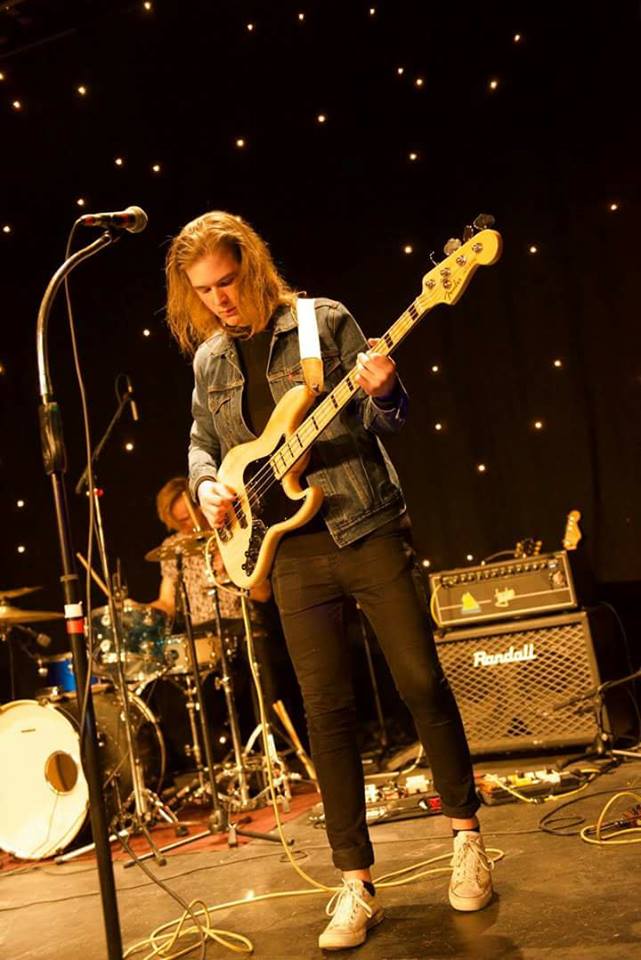 Track 4: Think it Through

The drums shine here from the opening bars. The vocals also take centre stage. And as for the guitar, that repeated riff is very Arctic Monkeys Old Yellow Bricks-esque. And for a gal who’s desperately awaiting the return of Alex Turner, I am v v v v happy about this.

I’d describe this song as moody. But a good moody. It’s the kind of moody I want to be energetically dancing in a field to at a festival. *brb just crying because I’m not going to a festival this year as I’m a poor student* Turbulence, got any free tix for lil old me over here? *begs* 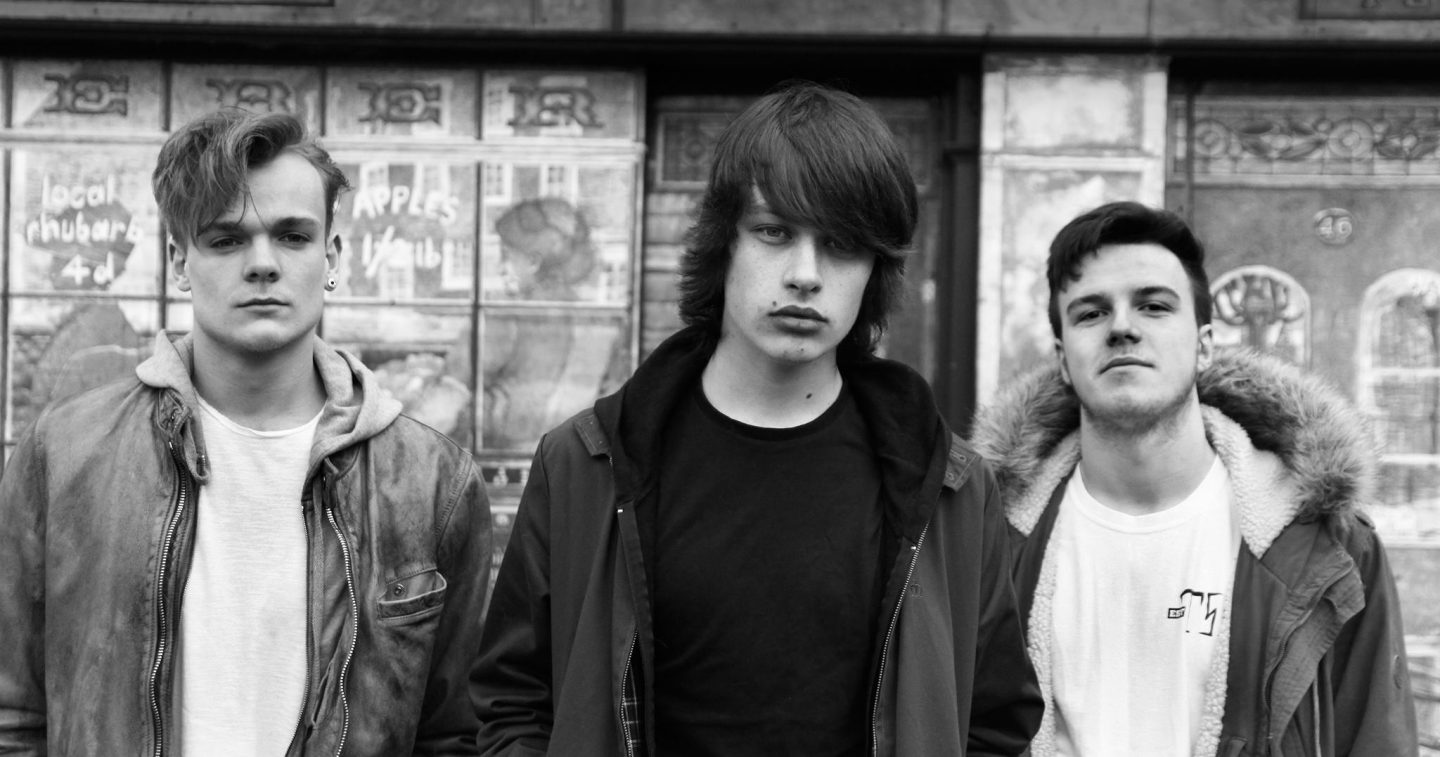 The EP ends with as much energy as it began with. YAS for Turbulence. I implore you to have a listen on Saturday when it’s released, because it’s bloody good. And keep yo eyes peeled for maybe a lil video I may have online soon, including a certain Turbulence track… That is all I shall say. Ooooh how mysterious and exciting. 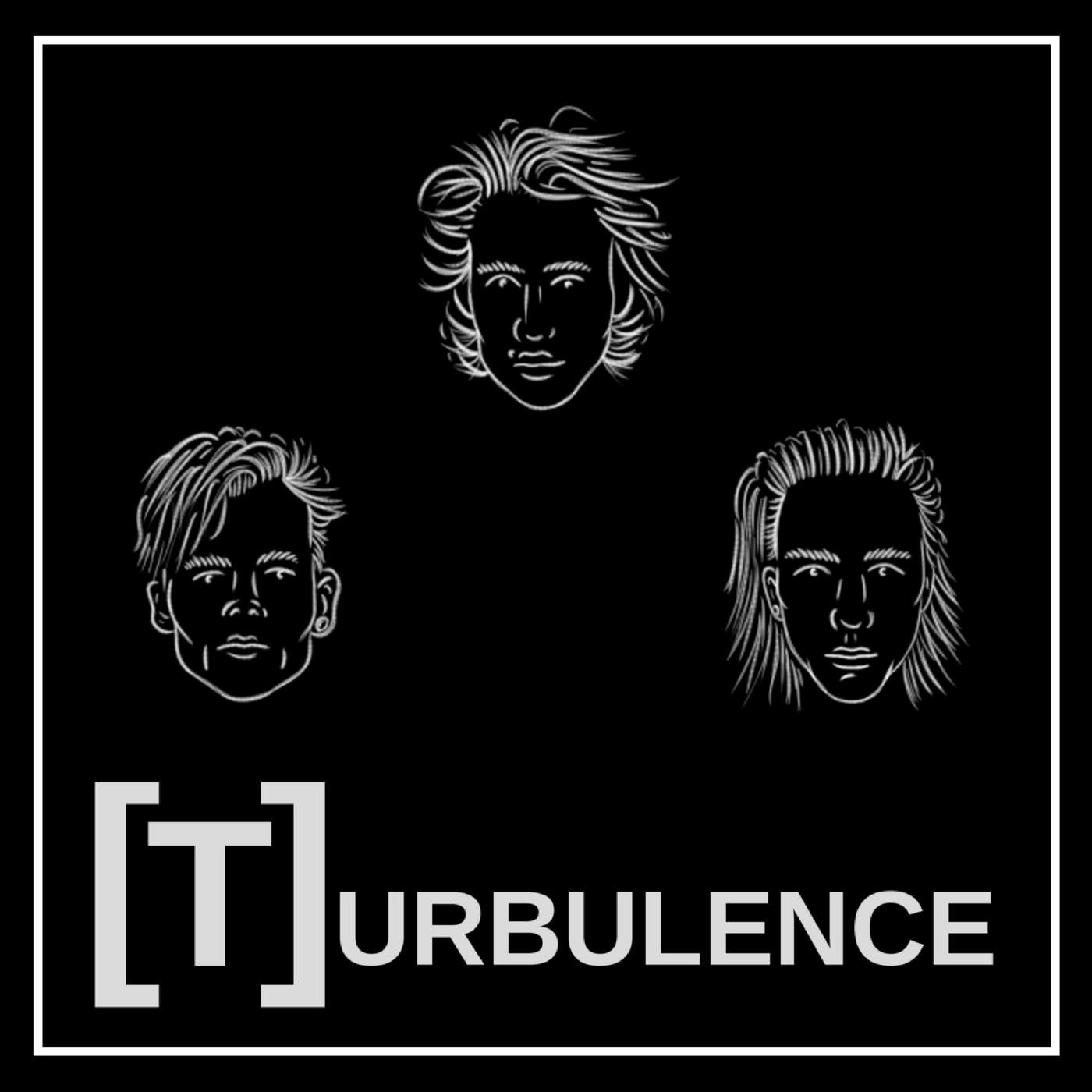