Breakin' Down Society's Bullsh*t
Cut the grad some slack
20 positive things I’ve learnt since 2020 hit us
Things you’re allowed to feel during the Coronavirus outbreak
Every reason why you gotta visit Bristol
Anyone got any confidence lying around? ‘Cos I could use some
Hustlin’ kindly: Juggling full-time + freelance
I’m an aspiring journalist. And I’m questioning my faith in journalism now.
FIRST LOOK: Tame Impala’s new album (before it’s out oot oot)
Slow fashion advocates: Here’s 1 thing you forget about fast fashion consumption
Rediscovering a forgotten love for Birmingham – thanking you, Mercure Hotels
My 2020 vibe: Some gentle aims for the year
10 ways I’m stopping myself feeling blue this January
Living with Grief: 4 years on
Get to know Bristol (literally with me, I’m still new here)
My 2019 FAILURES
Everything that no one actually tells you about life after graduation
My lil Bristol flat (+ thoughts on life after uni)
Hiya! It be a new Madeleine Mae
Battle of the Jumpers: Keepin’ Cosy this Winter
Meeting: Lewis Capaldi
Music

Heyoooo- happy Friday, folks! When you read this, I shall be sunning myself and attempting to tan my milk bottle legs in the Canary Islands. I shall update you on whether I’m successful or not. Fingers crossed, eh? Now, I hope you’re not bored of the music content over here on the ol’ blog at the moment, because I’m very lucky to have been able to work alongside some amazing musicians, frequently at the moment!

Today, I’m bringing you an interview with the beautiful Hannah Layton Turner, frontwoman to the country/folk/pop collective known as Hannah’s Yard. At just 21, this girl took a huge gamble when choosing between university and pursuing her dreams as a musician, and it definitely paid off. With her debut album out right now, and a tour with the legendary Gordon Haskell making its way across the country, this girl is a shining example that working hard at what you love really does lead to success. I caught up with her on all things musical: from her all-time favourite inspirations, tackling writer’s block and, of course, following your dreams. 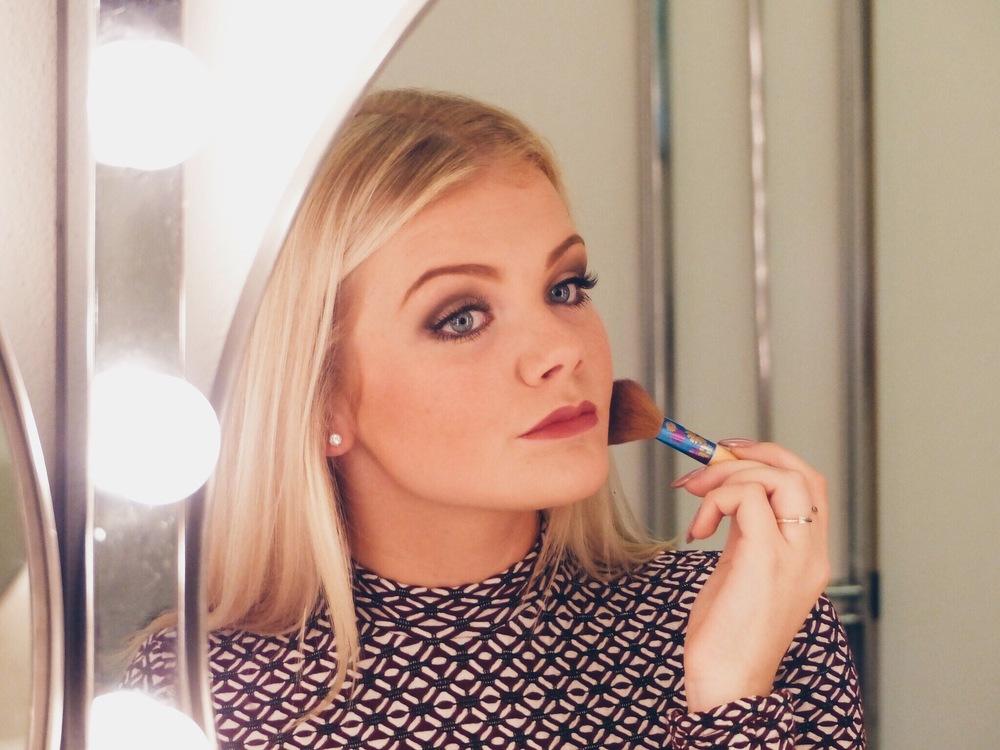 In the lead up to our interview, I was 110% in full Maddie stress mode (which, by the way, isn’t nice) because revision, work experience and the pressures of maintaining this blog in the exam period were catching up with me. I was making flashcards, reciting flashcards, going to events, reviewing theatre productions and interviewing the likes of Sabrina Carpenter (!!) and in all honesty, my brain was turning to mush. On top of that, I was desperate for some work experience over summer and spent hours trawling the web for internships, re-drafting my CV and writing tedious cover letter after cover letter. All of this left me feeling a lil worse for wear, and not so energetic and enthusiastic about my creative passions, such as this ol’ blog. So, naturally, I wanted to hear all about Hannah’s evolution from singing teen to debuting musician and how she keeps on going with her dreams. She may be a singer, but she can also be my Agony Aunt now if she wishes. I’m serious.

First off, before we could even get started, I just needed to know the inspo behind the name. Hannah, I get, but why ‘Yard’? “It’s actually the name of our recording studio”, Hannah tells me. “Hannah’s Yard is a musical collective consisting of myself (vocals), Barnaby Pinny and James Reader (songwriter/producers) and a great collection of UK-based renowned musicians. Everyone brings their own expertise to the table!” So, how did this unlikely collaboration come about? “I first visited Barnaby Pinny’s recording studio in my hometown when I was 14-years-old, to record ‘Angel’ by Sarah McLachlan for my Grandad’s funeral,” Hannah remembers. “Barnaby was very impressed with my voice and he played my recording to fellow musician James Reader, who was equally as impressed! Having such a positive response from people who have been in the music industry for a long time made me realise that I could possibly pursue this as my career path; I have always loved singing.” 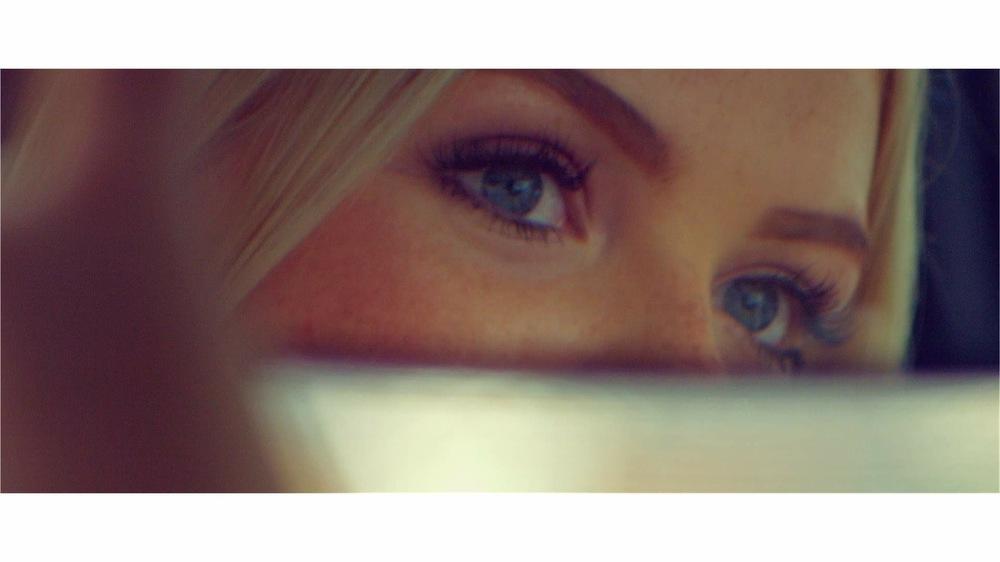 Over the years, Hannah popped back and forth to The Yard to record various demos, whilst drawing on her biggest musical inspirations to develop her own unique voice. “I have always loved Eva Cassidy. I grew up listening to her music. She was one of my Mum’s favourite artists, so I used to love singing songs off her beautiful album, ‘Songbird’.” She also draws on the likes of Norah Jones and Katie Melua, as massive inspirations to her. Fast-forward 3 years, and Hannah was being offered the chance of a lifetime: an actual debut album.

For most 17-year-olds, stress consists of which 5 universities to apply to, how the heck do you write a personal statement and ‘mum, can you teach me how to cook before I move out?’. Add into the mix ‘do I go to uni, or do I not go and instead record an album, with absolutely no idea if it’s going to go well or not?’ and you’ve got a recipe for a very stressful, hugely imperative life decision. “I had applied to go to university to study English Language. I did this because I didn’t know what else I could do,” Hannah explains. “I was set on going… But then Barnaby and James offered me the chance of recording this album with them.” How did she come to a decision? “Huge opportunities to follow your dreams don’t happen often, so I completely jumped at their proposal!” And how did those around her react to this? “My family never forced me into pursuing higher education opportunities, but I did feel a sense of ‘expectation’ from my Sixth Form. Even after deciding not to go to university, the school demanded I still be involved with the application process. It’s all the teachers talked about!” Now her debut album has arrived and has been critically acclaimed, Hannah’s the one having the last laugh. “I don’t regret not going to uni. I had the chance to follow my heart and took it- I’m sure many people would too!” You go, gal. I’m rooting for ya. 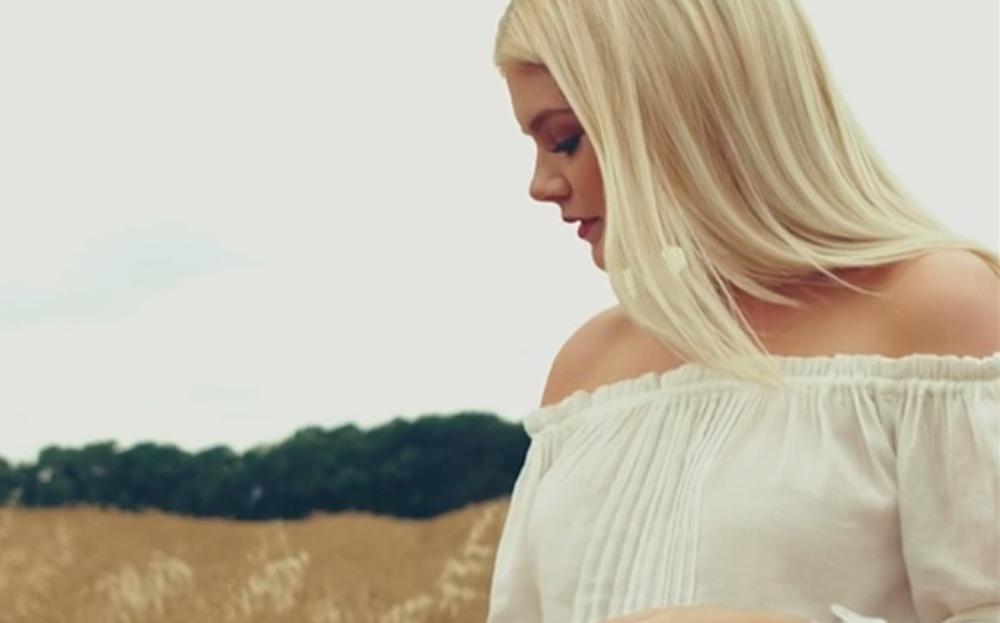 Hannah’s Yard is a band that’s influenced by a variety of different genres, and you can definitely see this with their debut album, ‘Beginnings’. Hannah tells me that they take their influences, but give them a contemporary twist. “Our debut album features lots of different styles of music – jazz, country and folk – but all are given the Hannah’s Yard ‘acoustic pop’ treatment. I hope there’s something for everyone.” Does Hannah have a personal favourite track on the record? “They’re all quite different, so it’s tough to choose. I do honestly love them all! If I had to choose, it would be ‘Close Enough’, as I love its late night, cuddly vibe. Filming its music video was so much fun.”

It seems Hannah has forged her way into the music industry in a whirlwind, however she’s quick to stress that writing an album isn’t all that easy. Having incredible songwriters and producers on board helps, though. “In Hannah’s Yard we have a great collection of songwriters, producers and renowned musicians. Barnaby and James are very talented songwriters – I’m lucky that I get to sing such fab songs!” As for dipping her toe into the songwriting pool, Hannah’s keeping a safe distance at the moment, but all for good reason. “I’m starting off like Norah Jones and Katie Melua did; they didn’t do much songwriting on their first albums, but they got to record great songs and focus on their singing. I did co-write the song ‘You Worked It Out’ on the album. It tells a personal story of mine that we presented as a stripped-back, vocal/piano/double bass track. I love that. Though it’s early days for me, I’ve already learned that it’s great to write about what you know/what touches you. ‘You Worked It Out’ is about a boyfriend who broke up with me, but I knew he’d work it out and come back to me in time.” And to combat the inevitable writer’s block? “Whenever we did get stuck with where to go with a melody or lyric, we went for a walk and allowed the problem to sort itself out during the journey.” Smart move from Hannah, there. *takes note for when struggling with revision* 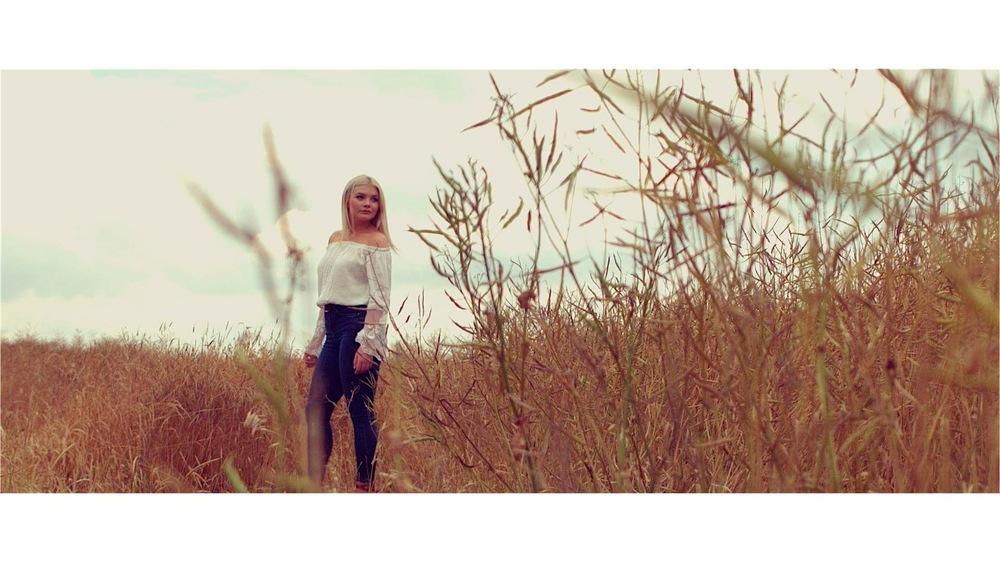 When doing the ol’ research on Hannah, I found that she had a chance to record at the world renowned Abbey Road Institute at, of course, Abbey Road Studios, and being a music fan myself, this news was v v exciting. Did she use a microphone that Adele had touched? Did she get a cheeky pic at the zebra crossing à la Beatles?! I needed to know! “We were very privileged and got a mini tour of the famous Studio 1 and Studio 2. Studio 1 is huge; it’s used to record national anthems and film scores. The more iconic Studio 2 is, of course, better known as where The Beatles recorded… if walls could talk! We recorded our Christmas single ‘(It’s Christmas) Say That You’ll Stay’ on vintage 1960’s microphones- goodness knows who’d used them in the past. And yes, I even got a picture of me walking across the zebra crossing. It had to be done.”

“Hearing our song on air was surreal”

I mean, as far as achievements go, that has to be a pretty big one. I asked Hannah to give me her top 3 pinch me moments, and she delivered. “One would be the first time our song ‘Why Would I Know’ was ever on the radio. We were very lucky as our first radio play was on Mark Forrest’s network show that was broadcast across all 40 BBC regional stations. Hearing our song on air was surreal!”

That moment was not long ago, and now here she is with a debut album. “Releasing the album is such a pinch me moment! I would never have thought that I could say that. All my friends are finishing university and trying to find jobs, whilst I’ve got an album out. It’s crazy!” And a pinch me moment for today? “Being on tour with Gordon Haskell,” Hannah smiles. “We have created a ‘Timeless Tour’ together. There’s 50 years between the BBC Radio 2 favourite and me, yet our songs appeal to similar audiences. We have dates booked around the country in wonderful venues, starting off in Southern England, with plans to move to the Midlands/North later in the year and early 2018.” 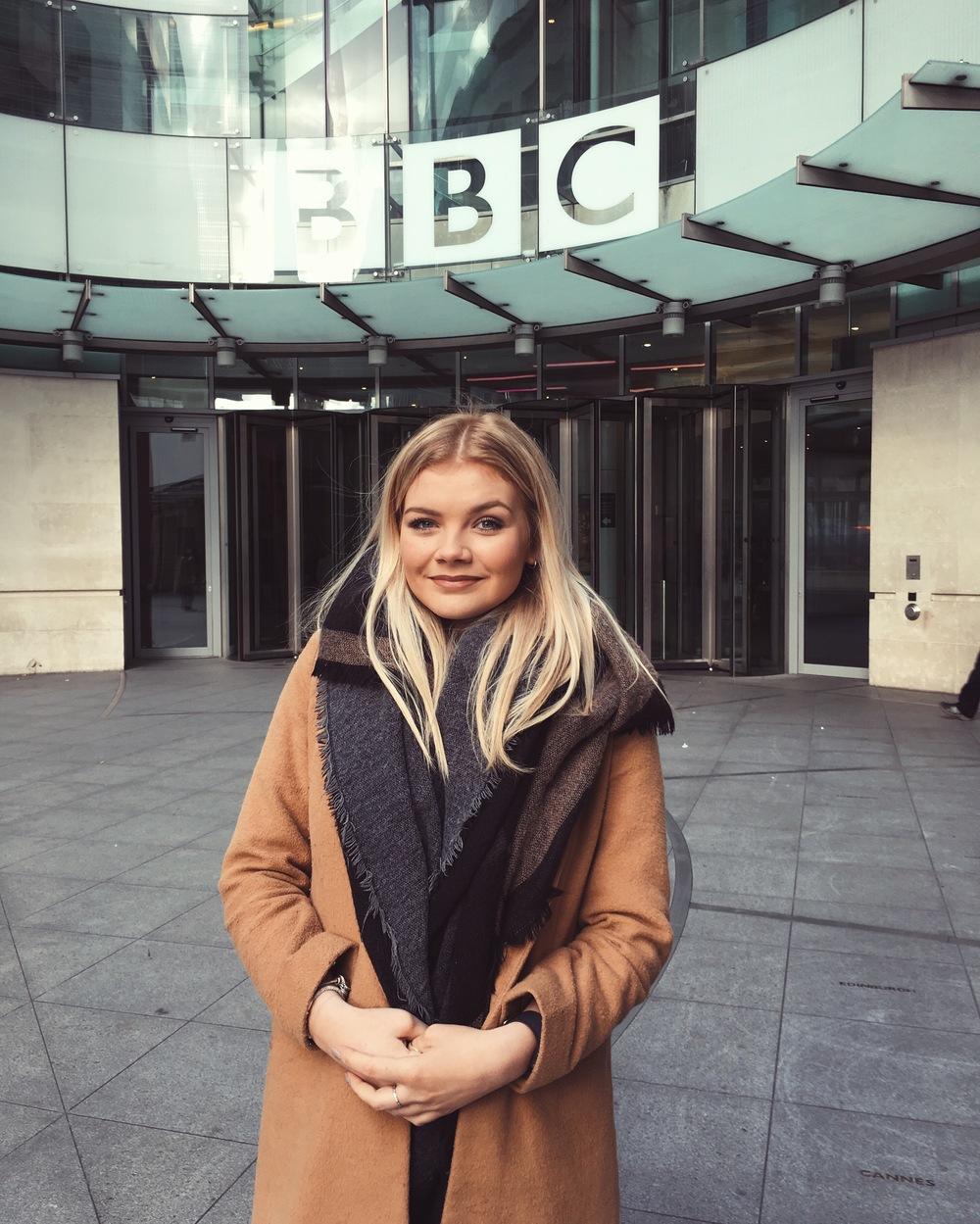 And thus, we’ve reached present day. From a shy 14-year-old singing a beautiful tribute to her late Grandad, to releasing her own album, Hannah Layton Turner has learnt a lot along the way, and has a lot more to give. Check out Hannah’s Yard online now, and get yo hands on their beautiful album.

Capturing Paradise: My Week In Pics