Heyoooo pals! So, I’ve got a v exciting post coming your way today. For a while, for absolutely no reason whatsoever in particular, I fell off the [musical] wagon on this blog. I literally have no clue how or why this happened, but I just stopped doin’ my live reviews, interviews and track reviews. And it only came to my attention a few weeks back that I’d been hugely neglecting the musical side of me blog. And that upset me.

So I decided to change that! I’ve already had a chat with the lovely Chloë Rona recently and have popped my interview here for ya’ll to read, and I’ve got some v exciting interviews and musical reviews with other musicians and bands coming soon. Music was my first love (sorry Samuel, the boyf, it wasn’t u) and I love performing myself, when I get the chance. Another way I love to incorporate music into my life is by writing about it, whether that’s interviewing a musician or reviewing a new band that’s come into my life. 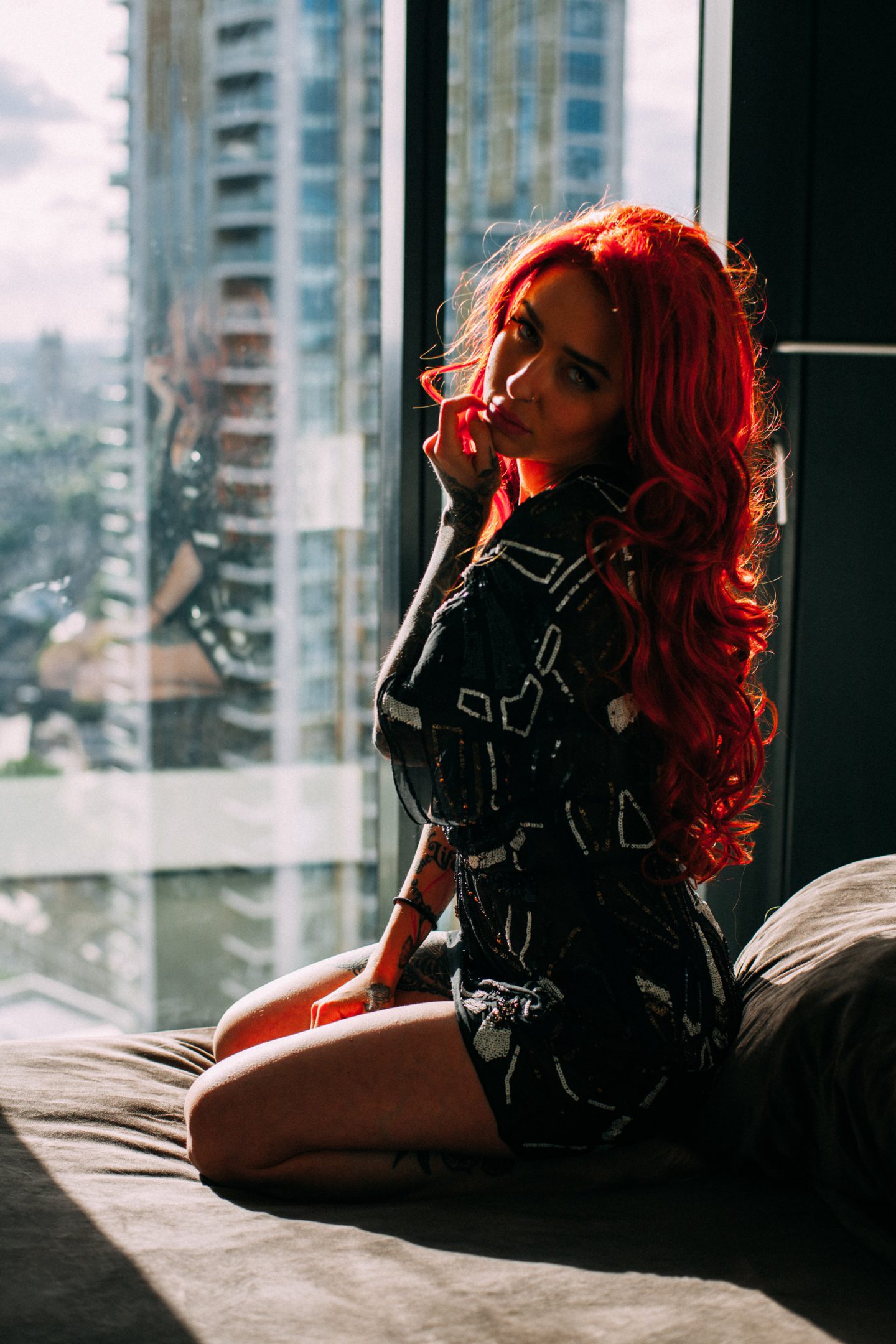 Click here to have a read of the interview with Chloë Rona!

And today I’m gon’ be chatting all things Prodjenitor! Hailing from my favourite frickin’ place on earth (minus Paris, ur my numero uno) Bristol, this two-piece, progressive metal band comprises of two guys currently in their first year studying in the Brit school for edgier types, BIMM. Not only does BIMM clearly give a first-class musical education, it breeds a culture for young musicians to connect with likeminded talents, in order to get networkin’ and producing their own music from a young age.

I was lucky enough to be put in touch with this band, who are clearly doin’ things their own way, through my boyfriend, who also goes to the same university. And oh my goodness me- Prodjenitor are a name to remember.

So, to introduce you to the band, I had a wee chat with frontman, Daniel Nelmes, all about what makes Prodjenitor, well, Prodjenitor! Once you’ve nerded yourself up on a few key facts, I’ll give you the lowdown on their first EP, which has just been released! 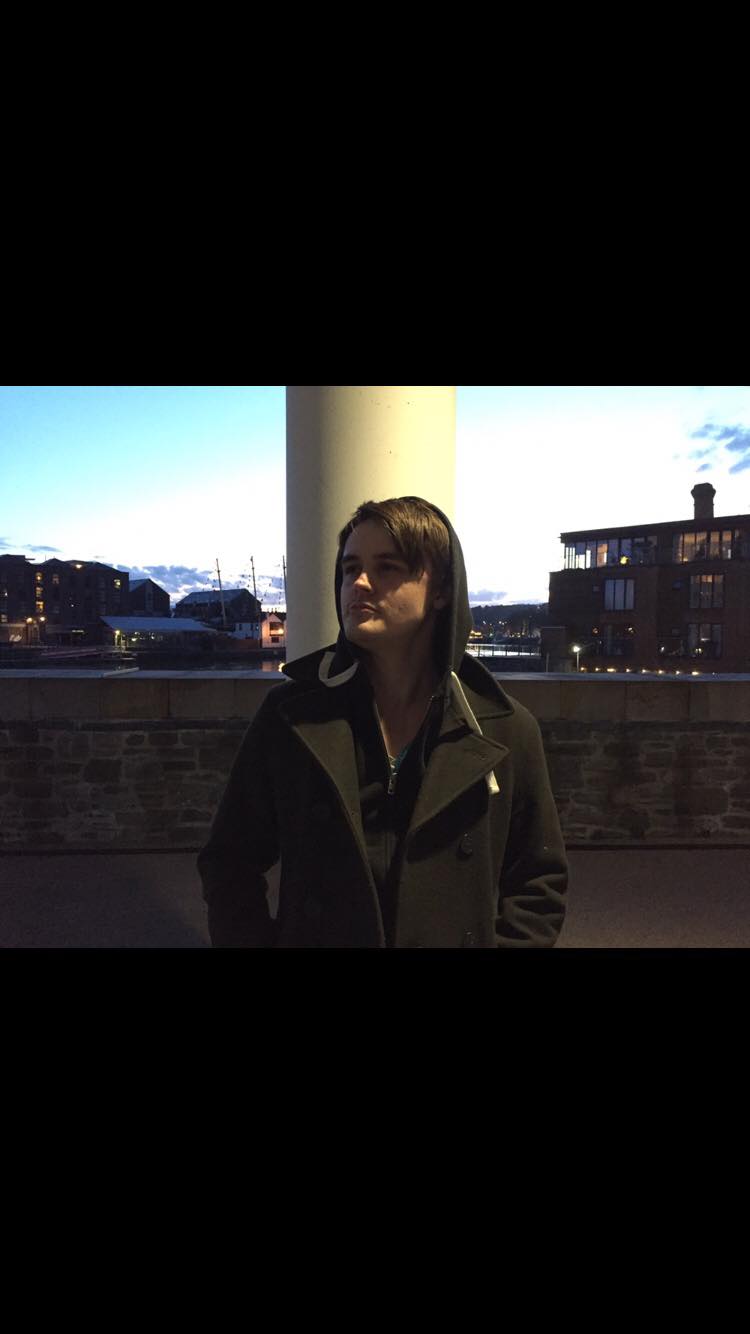 Who are your influences?

D: There’s a lot of bands and musicians that influence us, but if I could give you a few: Periphery, Chelsea Grin, Haunted Shores, Intervals and David Maxim Micic.

Gimme the lowdown on who’s in the band- just so my readers can get to know you!

D: So, the members are myself [Daniel Nelmes] and James Harrison. We both play guitar and bass for the songs we’ve written! We use programmed drums, sadly, as we don’t have a drummer- but it’s an original composition created and programmed by us.

Sum Prodjenitor up in a sentence for me.

D: In a sentence I’d say we are: technical, progressive and aggressive.

The extremely standout element of your music on a first listen is that you don’t have lyrics and a vocalist. Why did you choose to make this stylistic choice when writing?

D: We chose to write without lyrics because finding a suitable vocalist in our rather small class would be either impossible or incredibly unlikely, sadly. Luckily though, the style of music we like means we can easily adapt our songs to be instrumental and they can still work musically! So I guess you could say it’s been a happy accident!

“We are technical, progressive and aggressive”

With five pretty heavy tracks, all instrumental and without lyrics, this EP isn’t exactly easy listening. But what ensues as soon as you press play is a cleverly orchestrated rush of emotions: these tracks make you feel something. Just as I was baffled when I first heard classical music at a young age and felt moved by a freakin’ singular violin, it’s crazy what an instrumental track can do. A lot of musical ideas are reused throughout the EP, and this ties everything together with a v Prodjenitor bow. It’s wonderful.

Here’s a Madeleine Mae seal of approval on each of the tracks, just in case you somehow still weren’t intrigued enough to give these guys a listen. 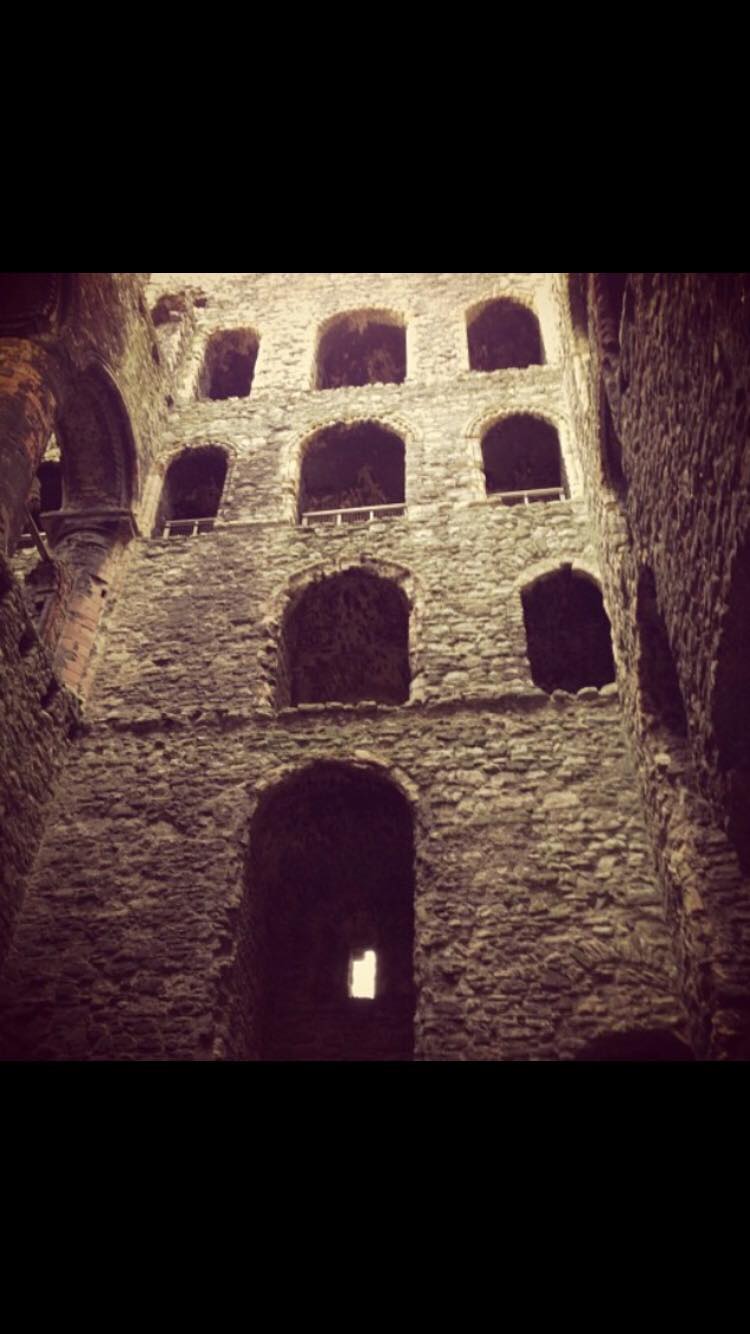 Starting off on a wee slower start than I expected (tempo wise), this is metal, but sassy metal- aka metal music I can get on board with. There’s a wee piano respite for about two beats before a crazy ass guitar solo comes in and it is a delightful shock to the ears, imma tell you. And the guitar is crazy. Crazily good. For someone that wouldn’t exactly say they were a metal fan, I’m loving this so far. There’s something liberating about listening to this EP. Only thing I’d point out? At over 4 minutes, the song isn’t exactly radio play friendly, but that’s all part of the fun.

Repeated riffs are what makes Malevolent. You have this sense of foreboding that something is coming as you listen to the impending sense of doom the heavy guitar hits you with. What I’d describe as the chorus sounds a little more psychedelic and freeing before the marching restraint of the verse comes back in. The little silences that build up in the second verse again have you on the edge of your seat, waiting for what’s to come. And what comes is softer and alluring to hear, before launching you back into the fuller, psychedlic stuff and then throwing you back into all thangs heavy. And yet again, there’s a crazy ass guitar solo to get ya pumped. This EP definitely takes you on a rollercoaster ride of emotions.

A buzzier track, Compulsion has some pretty good guitar riffs right from the beginning, which clearly shows the technical competence of the band. The most upbeat to listen to so far, it’s almost mystical and mesmerising in parts and you feel as if you’re being taken on one hell of a musical journey. There’s a timeless quality to the distorted effect on the guitar solos in this track- it sounds like a big hit that could have been produced in the 70’s or 80’s. Just brill. You’d think you could get bored listening to a track that’s over 4 minutes long, but oh no. There’s plenty of exciting musical thangs happening that makes these tracks a feast for the ears. 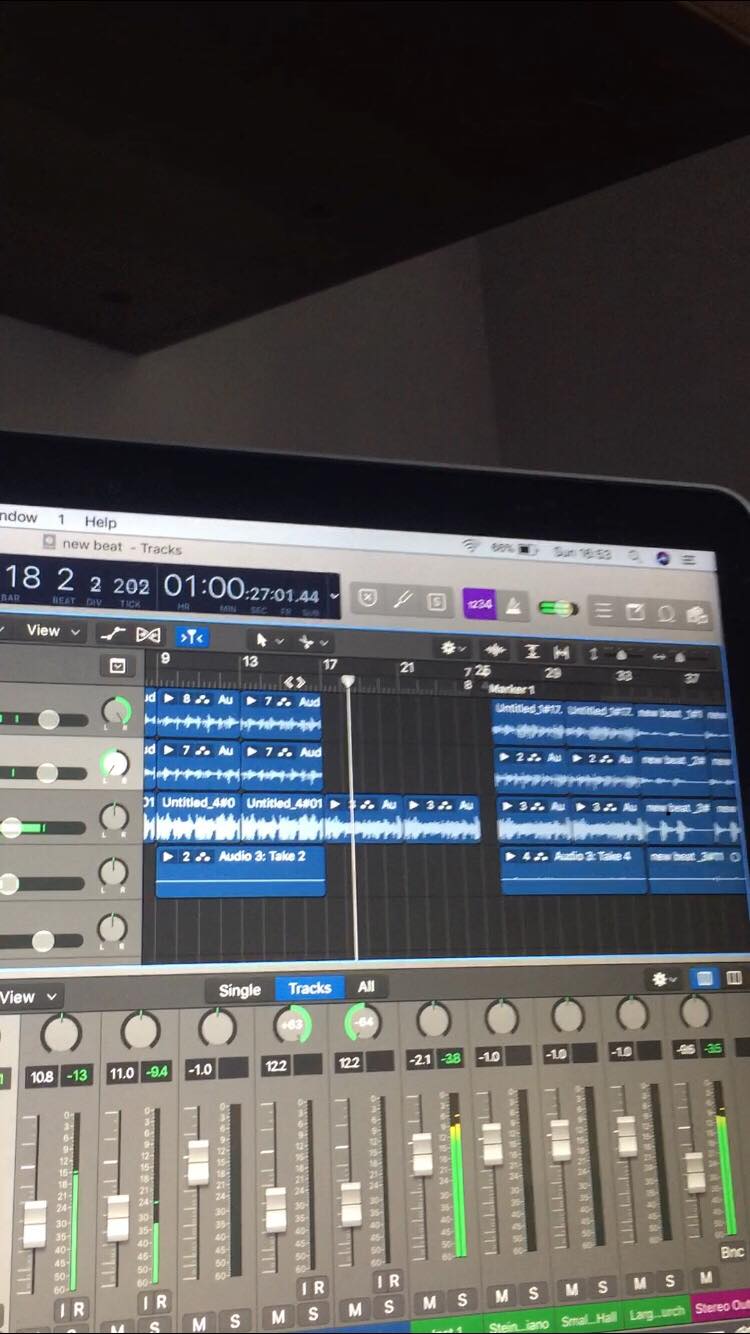 BTS of a Prodjenitor recording sesh

A quiet start quickly builds to anarchy in this track. For want of better terminology, I’d say this track is the noisiest of the lot. And for that, it’s my least favourite. Purely just because there’s so much distortion on the guitar I feel like my untrained to metal ears can’t pick up on the beauty of the riffs because I basically can’t hear ’em. But I’m still in love with the track, though. What I’d understand is the chorus (if you can even have a chorus in a song without lyrics) is catchy af and the song ends waaay more abruptly than you’d wish it would. Cries.

This track begins as if it’s not even going to be metal in any way, shape or form. Quieter, tamer and thoughtful to start, in comes the crazy ass guitar and yes, we’re away. I can’t quite believe that a whole EP with instrumental metal could sound so different track to track, but it does! These guys have pulled it off. And considering they’re first year students at BIMM, holy frickin’ hell, they’re clever. The guitar is INSANELY good and I already want to listen to more instrumental metal, right away. And this is coming from a gal who thought Blossoms was heavy indie, whose first musical love was early, country Taylor Swift and who likes a bit of folk from time to time. The song comes to a close with the thought provoking riff it opened with, and I’m left feelin’ all contemplative about life.

I feel like I’m way too underqualified and uneducated to comment on metal music – but I know without a shadow of a doubt that Prodjenitor made me feel something. I’m writing this on a night when I’m majorly stressed out about university essays, and I feel like I got out some of my anger whilst dancin’ along to these tracks. Thank you Projenitor, for a wonderfully brilliant first EP.

Take a listen to the EP here pals: https://soundcloud.com/user-258193867/sets/perpetual-motion?utm_source=soundcloud&utm_campaign=share&utm_medium=facebook