Breakin' Down Society's Bullsh*t
My first Q&A (career; relationship; juicy shizz)
Have a listen to Episode 6 of The C Word podcast!
The C Word: Returning to Reality?
Black Lives Matter: Making a change in the noise online
Have a listen to Episode 5 of The C Word Podcast!
Mental Health Awareness Week: We’re here for you
Have a listen to Episode 4 of The C Word Podcast (it’s a positive one!!)...
The C Word: Lockdown’s easing… but are we?
Have a listen to Episode 3 of The C Word podcast!
How to get zen and chill at home (even when you may not be feelin’...
Have a listen to Episode 2 of The C Word Podcast
The C Word: Relationships in Lockdown
Say hello to The C Word podcast!
The Power of Dressing Up (ft. a day-night outfit for funsies)
The C Word: What we’re grateful for in this new ‘now’
Making a flat a home: how to optimise the diddy space you have for these...
The C Word: How to distance from the s*** on social media & build ur...
How to tackle the all-white fashion trend to be street-style ready from ya living room
The C Word: The Power of Reading in Isolation – good to escape to, or...
How to have the best bloody isolation Easter you ever did have
The C Word: Why being told to sit on your bum, do nowt + get...
Introducing: ‘The C Word’
20 positive things I’ve learnt since 2020 hit us
Things you’re allowed to feel during the Coronavirus outbreak
Cut the grad some slack
Every reason why you gotta visit Bristol
Anyone got any confidence lying around? ‘Cos I could use some
Hustlin’ kindly: Juggling full-time + freelance
I’m an aspiring journalist. And I’m questioning my faith in journalism now.
FIRST LOOK: Tame Impala’s new album (before it’s out oot oot)
Slow fashion advocates: Here’s 1 thing you forget about fast fashion consumption
Rediscovering a forgotten love for Birmingham – thanking you, Mercure Hotels
My 2020 vibe: Some gentle aims for the year
10 ways I’m stopping myself feeling blue this January
Living with Grief: 4 years on
Get to know Bristol (literally with me, I’m still new here)
My 2019 FAILURES
Everything that no one actually tells you about life after graduation
My lil Bristol flat (+ thoughts on life after uni)
Hiya! It be a new Madeleine Mae
Battle of the Jumpers: Keepin’ Cosy this Winter
YAS to Festival Season: The Shakers’ ‘Banana Tsunami’ Single Review
Meeting: Lewis Capaldi
Music

The music section on me lil blog does NOT get enough attention these days, with uni commitments seriously meaning I’ve got less and less time to devote to blogging, but if you know me well you know that my first love was music – and I love writing about it just as much as I loved performing. 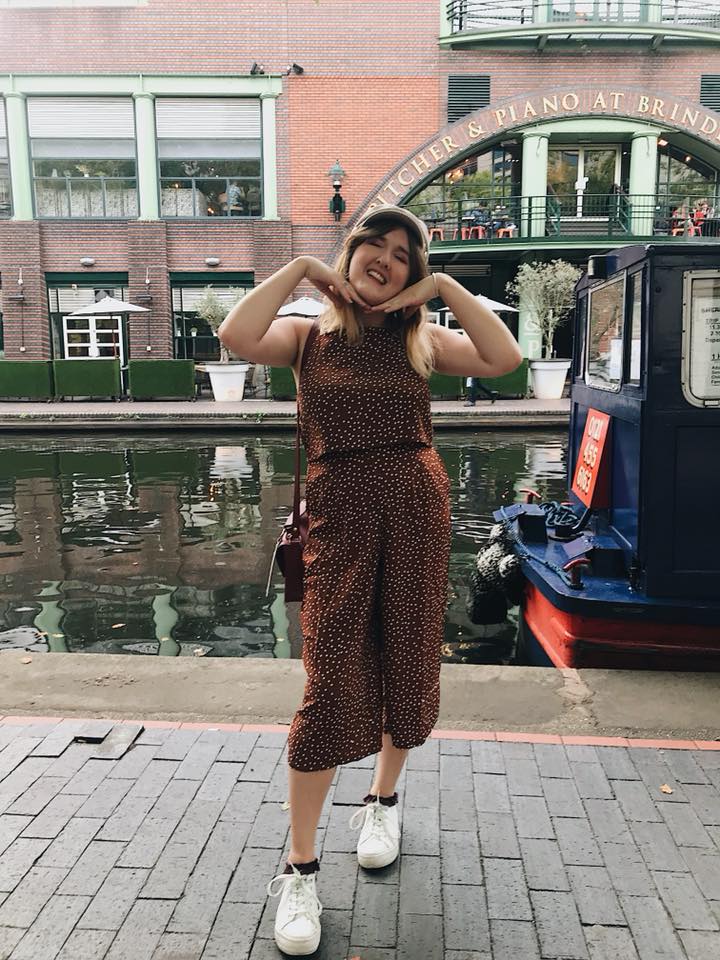 Me before seeing Arctic Monkeys last week – as u can tell, music makes me a happy bean

So lo and behold, I have FINALLY another interview coming ya way – and it’s with a band that you just might know. 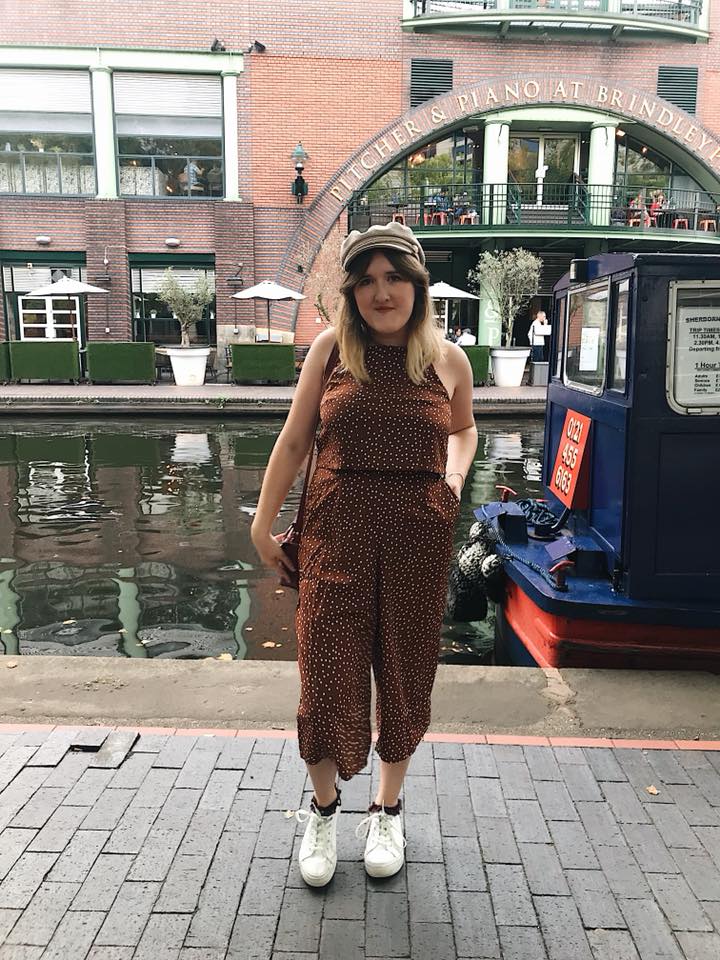 The Tailormade are an indie pop trio that have been doin’ the rounds on the music scene for quite some time, and with some big ol’ names. Ya might remember them from being the house band for BBC Radio 1’s Secret Busker series, in which they were tasked to take part in a ‘busk-off’ with the likes of The Vamps and James Arthur. Need a refresher? Watch the hilarity unfold in this YouTube vid:

But 2018 has rolled around and the boys have moved onto pastures new, with an incredible 5-track EP, ‘Life of Sampson’. And these boys are doing it different from the rest, with this EP being an unusual biographical storytelling of the fictional character, Sampson, and chronicles moments of his life. 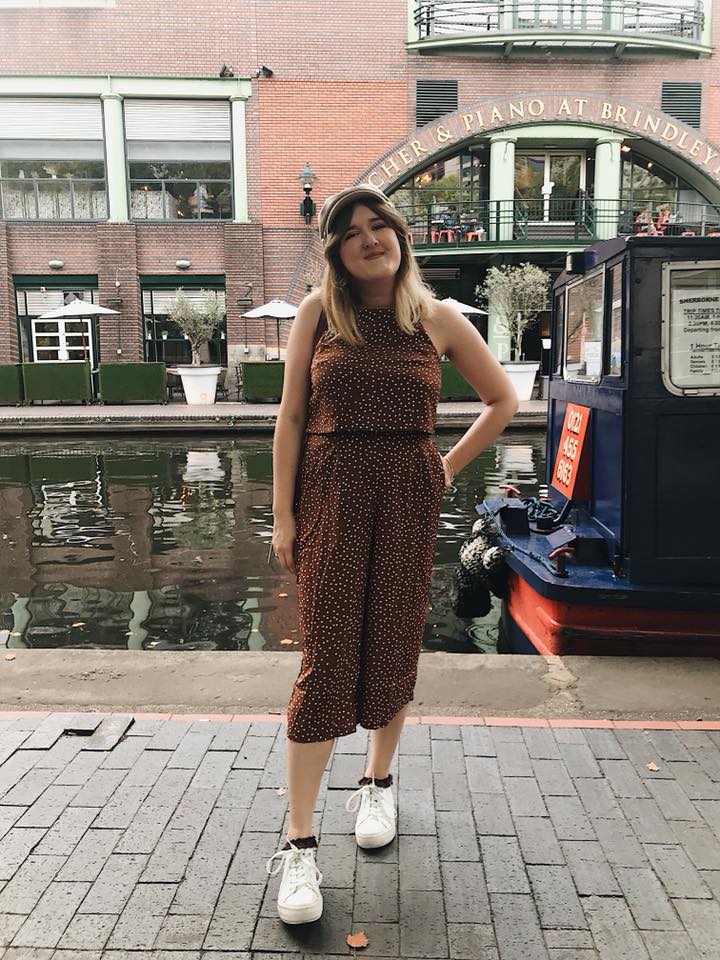 And imma v lucky bean to be able to have interviewed these guys, as they are tipped for some seriously big things after having their praises sung by some seriously big names. Gary Linekar, XFM’s Phil Clifton and Emma Thompson all are rootin’ for the guys, and they spent the summer of 2017 supporting mahoosive pop stars such as Olly Murs, Madness and Jess Glynne, as well as the legend that is Sir Tom Jones. 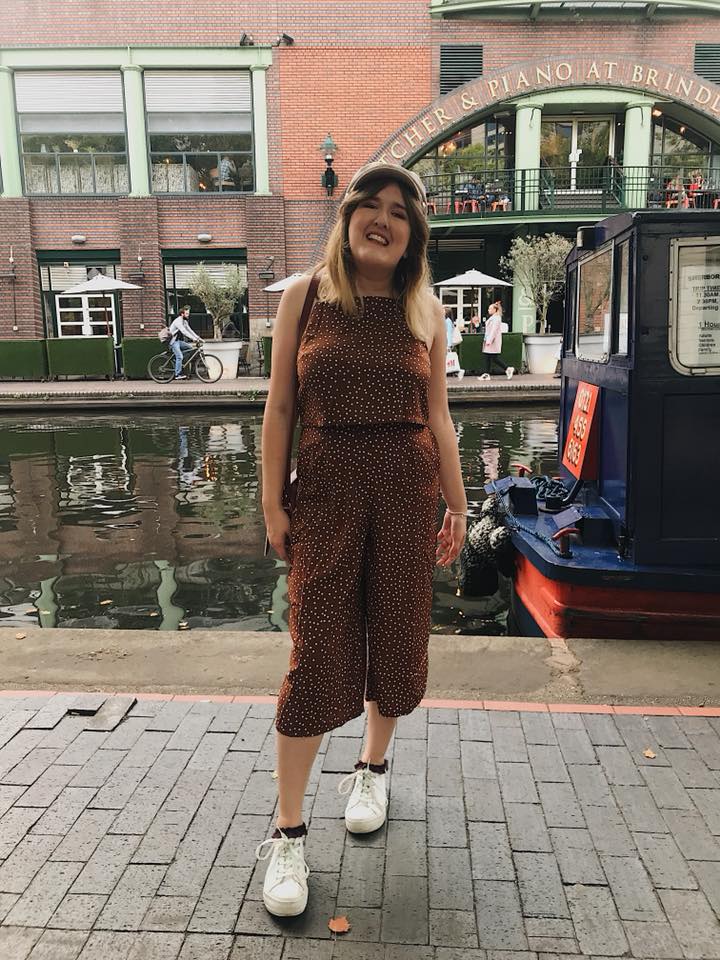 This summer has seen them supporting Madness on their huge summer tour, and playing a set at Michael Bublé’s British Summertime Festival at Hyde Park.

I managed to grab the boys and fit into their packed schedules for a lil chat about all things music. And here I give ya some quickfire questions with up-and-coming, ready to grace ya ears, The Tailormade: 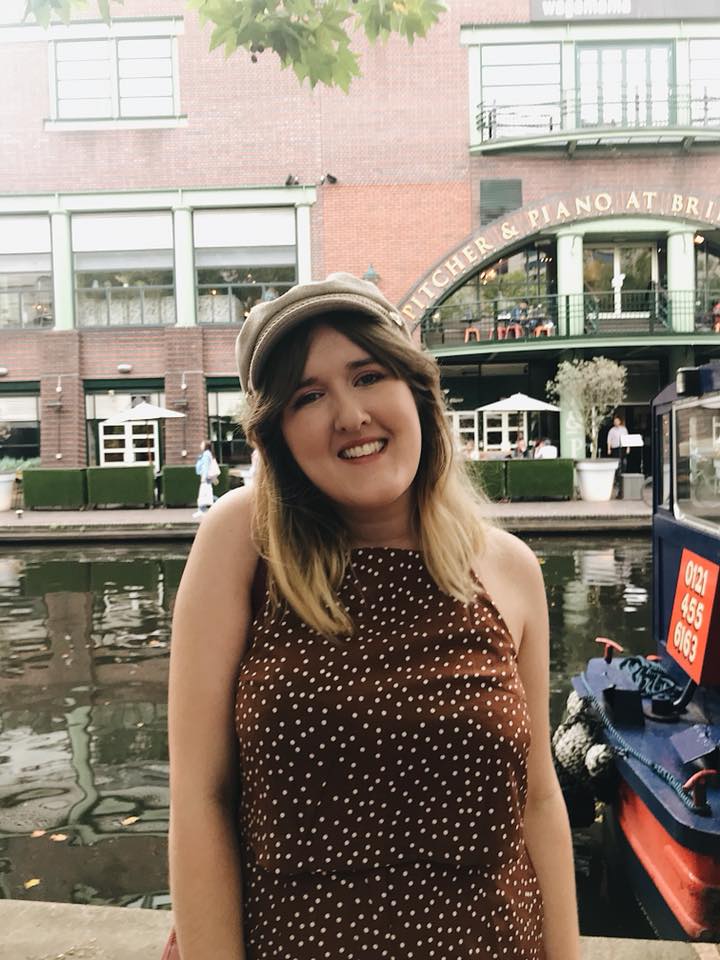 Dis be The Tailormade errryone

Gimme the goss on who you guys are and whether music was something you’ve always wanted to pursue a career in!

Matt: I’m Matt! I sing, rap and play acoustic guitar and I’m from sunny Suffolk. Originally I used to chef and do drama. When I was 17 I wanted to be a Vet but always had a passion for music.
Jack: I’m Jack and I sing in the band. I’m from St Anne’s- just down the road from Blackpool. I’ve always had a passion for music but more so musical theatre. I always thought I’d work in some kind of arts.
Aaron: I’m Aaron and I play electric and do a little bit of singing. I’m from Oldham, which is near Manchester. I originally wanted to be behind the scenes in technical theatre but picked up a guitar to attract the girls.

The Tailormade on meeting James Arthur through their stint on Radio 1: “There’s a very awkward handshake towards the end”

So you guys found yourselves as the Radio 1 house band if you will, the BBC buskers for the Radio 1 Secret Busker series – how did this partnership with Radio 1 come into fruition?
They were looking for a fun lively band who busked and this was literally all we were doing at the time. A good friend of ours suggested us and Radio 1 said yes. 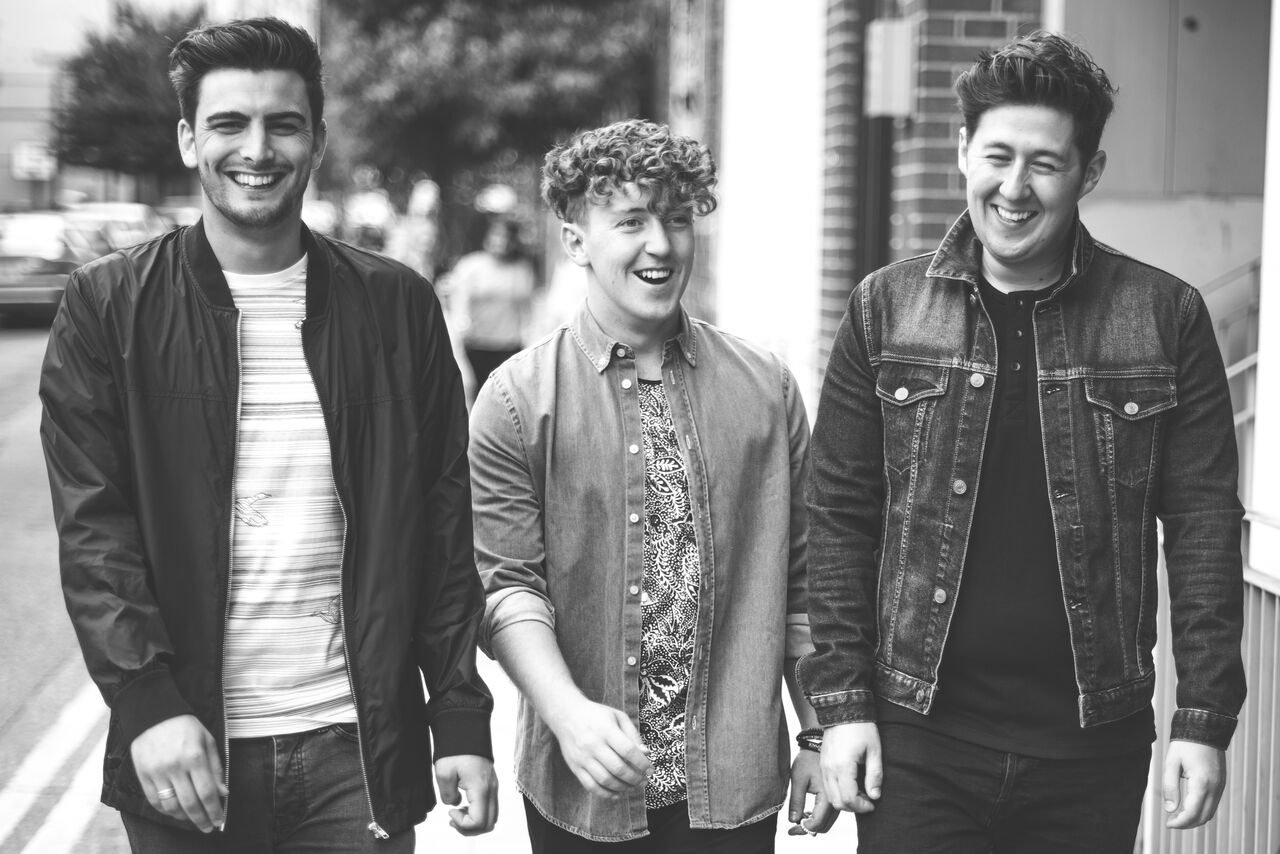 Do you have any funny moments with any of the celebs you worked with on Secret Busker?
If you watch the James Arthur video there’s a very awkward handshake towards the end.

The Tailormade on their EP’s fiction character: “Sampson is that little character inside of us all wanting to get drunk and scream that someone’s on the wrong side of the escalator”

How long have you guys been a band, how did you form and what’s your musical journey been like so far to get to today?
We started about five years ago but have been going properly for about three. We were just jamming at university and it all kinda fell into place naturally. You meet different people who help and encourage. It’s been amazing so far, we’re very lucky to have such a good team who get us some wicked opportunities. 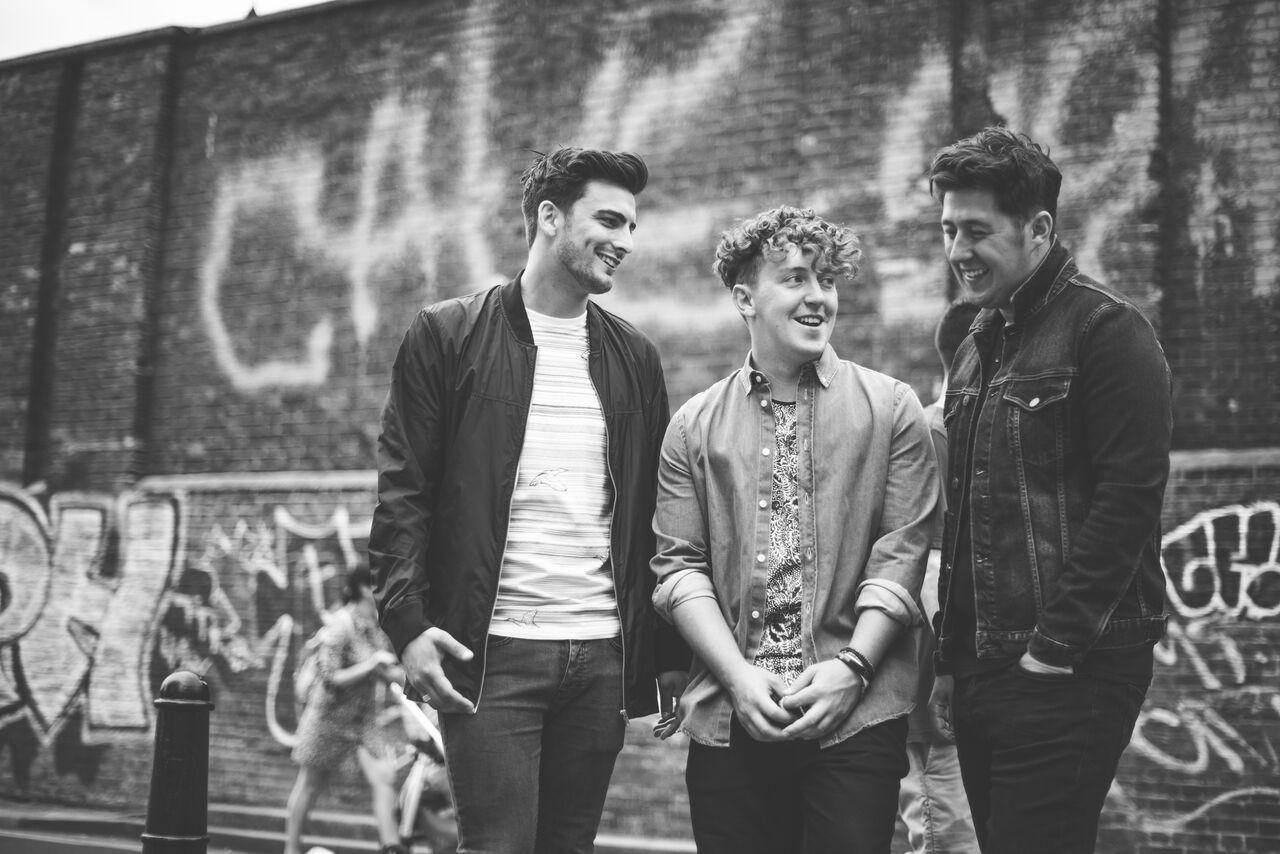 Your new EP has been described as a ‘selection box of emotions’. Why did you choose to write an EP based on a fictional character and can you explain Sampson, his life and where the inspiration for him came from?
So Sampson is a fictional character based on a real person, a great friend of ours who helps with our videos. Sampson is that little character inside of us all wanting to get drunk and scream that someone’s standing on the wrong side of the escalator. We wanted to tell different stories that related to people from all walks of life. Sampson tells these stories of heartbreak and Friday night drinks.

The Tailormade on how they want their music to make people feel: “Life is too short- have the last doughnut; go for that beer”

Your music videos are a joy to watch- it seems like unique video concepts are important to you. Can you talk me through some of your most notable music videos to date, where the concepts came from and why it’s important to you to make music videos that are so unique?
We like to do everything ourselves “tailormade” so we think it’s important to have creative control. We all did Performing Arts at university so we have lots of wacky ideas flying around. The idea for Mug was pretty easy,  moving mugs and we liked the idea of a real honest video to match Primrose Hill so we went up the hill and started asking about heartache. 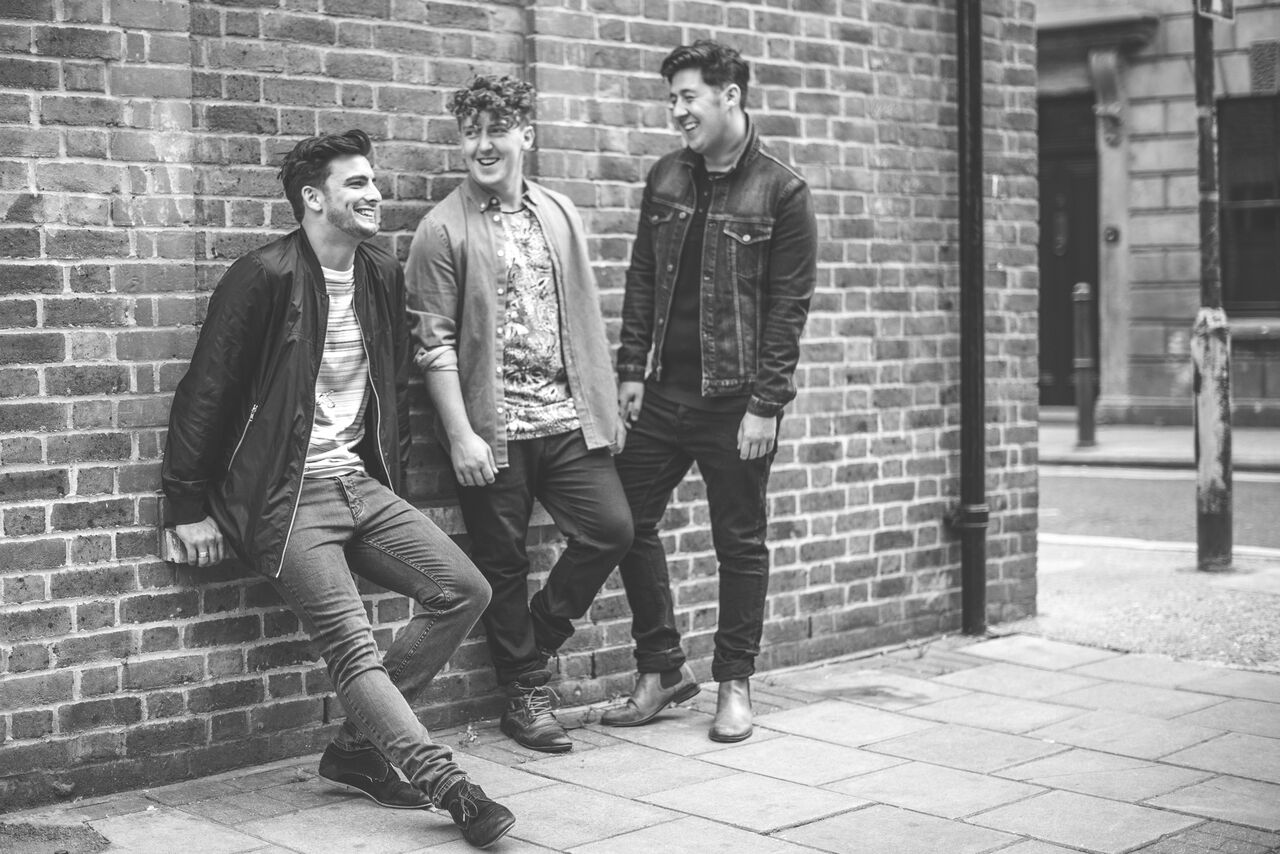 ‘Rum and Red Bull’ and ‘Mr Perfect’ are quite up-tempo feel good indie tracks. When people listen to your music, what do you want them to feel from it? What message do you want them to take away from your band?
We always say we’re not the deepest band we just want to make people laugh, dance, smile and feel good and if we can do that from our music then we’re winning. Life is too short- have the last doughnut, go for that beer.

The Tailormade on their songwriting process: “Every session is completely different with someone different leading it each time”

What’s your song writing process like? Who takes the reins with it and where do you get inspiration from?
It comes from all three of us, we’ll bring an idea to the table and riff off it. Every session is completely different with someone different leading it each time.

If you could pick one song that you wished you’d written, what would it be?
Matt: Slim Shady – Eminem
Jack: Vincent – Don Mclean
Aaron: Flying Without Wings – Westlife

The Tailormade on the future: “We’d just love to keep doing this as a career and keep performing all over the country”

You’re supporting Madness on their summer tour, and you’ve recently performed BST with Michael Bublé- two major gigs to secure in one summer! By this time next summer, what does The Tailormade want to have achieved?
It’s been amazing so far, we’d just love to keep doing this as a career and keep performing all over the country. 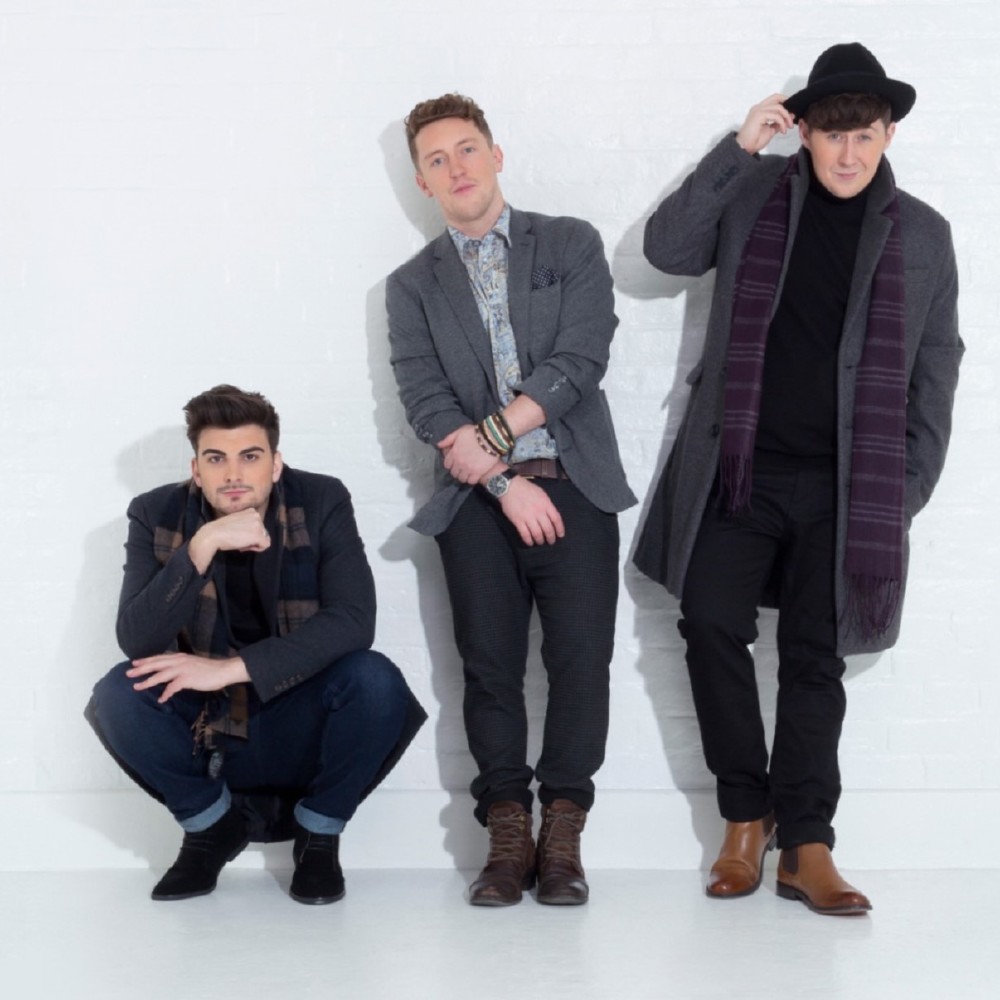 If you love up-tempo music, positivity and people that don’t take themselves toooo seriously (who doesn’t?!) then you need to check The Tailormade owt. Follow them on their socials to get all the latest on their gigs, new music n adventures:
FACEBOOK: https://www.facebook.com/TheTailormade/
TWITTER: @thetailormade
INSTAGRAM: @thetailormade
SEARCH ‘THE TAILORMADE’ ON SPOTIFY!
indie popinterviewJames ArthurMadnessmusicnew musicOlly MursRadio 1The TailormadeTom Jones
0 comment
0
FacebookTwitterPinterestEmail

The Only Thing That Be Holdin’ You Back Is YOU

Paris | Snapshots of our Travels