Breakin' Down Society's Bullsh*t
I’m an aspiring journalist. And I’m questioning my faith in journalism now.
Hustlin’ kindly: Juggling full-time + freelance
FIRST LOOK: Tame Impala’s new album (before it’s out oot oot)
Slow fashion advocates: Here’s 1 thing you forget about fast fashion consumption
Rediscovering a forgotten love for Birmingham – thanking you, Mercure Hotels
My 2020 vibe: Some gentle aims for the year
10 ways I’m stopping myself feeling blue this January
Living with Grief: 4 years on
Get to know Bristol (literally with me, I’m still new here)
My 2019 FAILURES
Everything that no one actually tells you about life after graduation
My lil Bristol flat (+ thoughts on life after uni)
Hiya! It be a new Madeleine Mae
Battle of the Jumpers: Keepin’ Cosy this Winter
Meeting: Lewis Capaldi
Hey, BooLife

The Only Thing That Be Holdin’ You Back Is YOU

The person typin’ away on these keys (aka me) is probably up there with the world’s worst overthinkers- which, I’m telling you now, is not a jolly good trait to have. 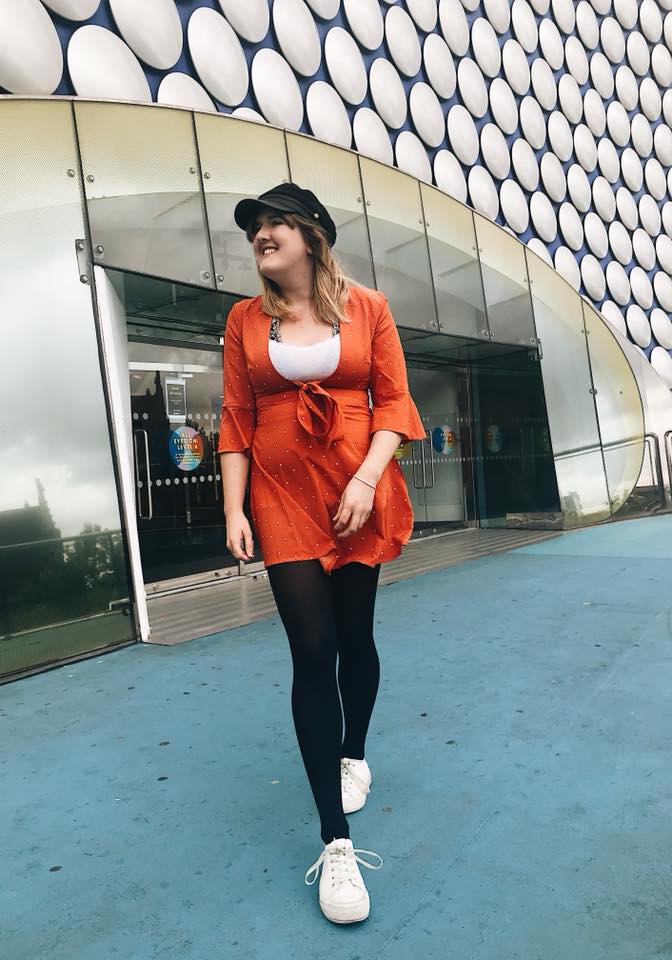 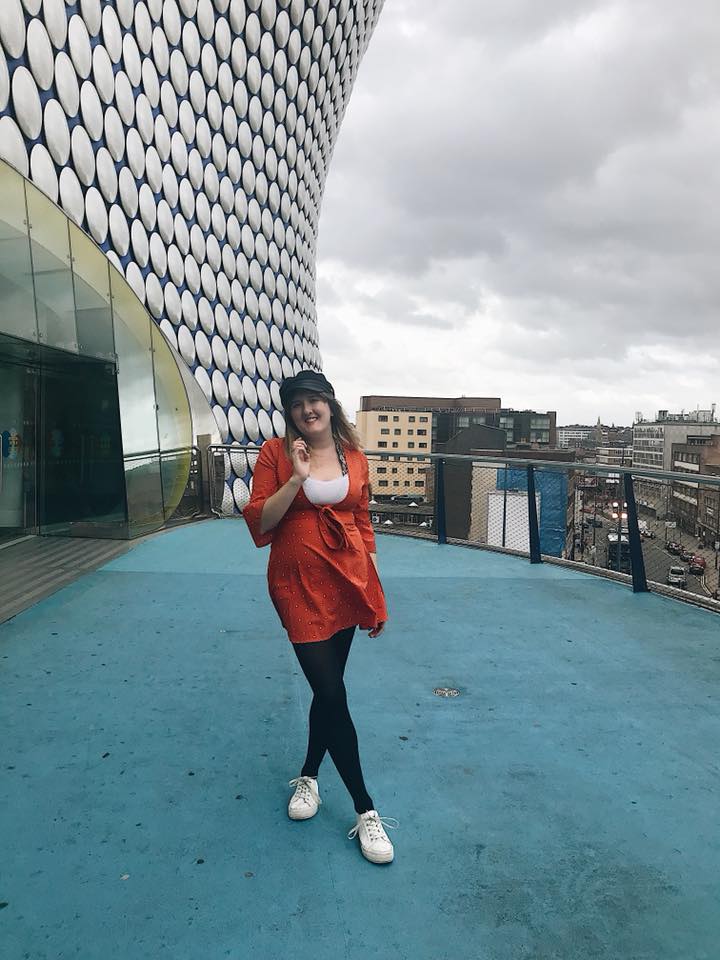 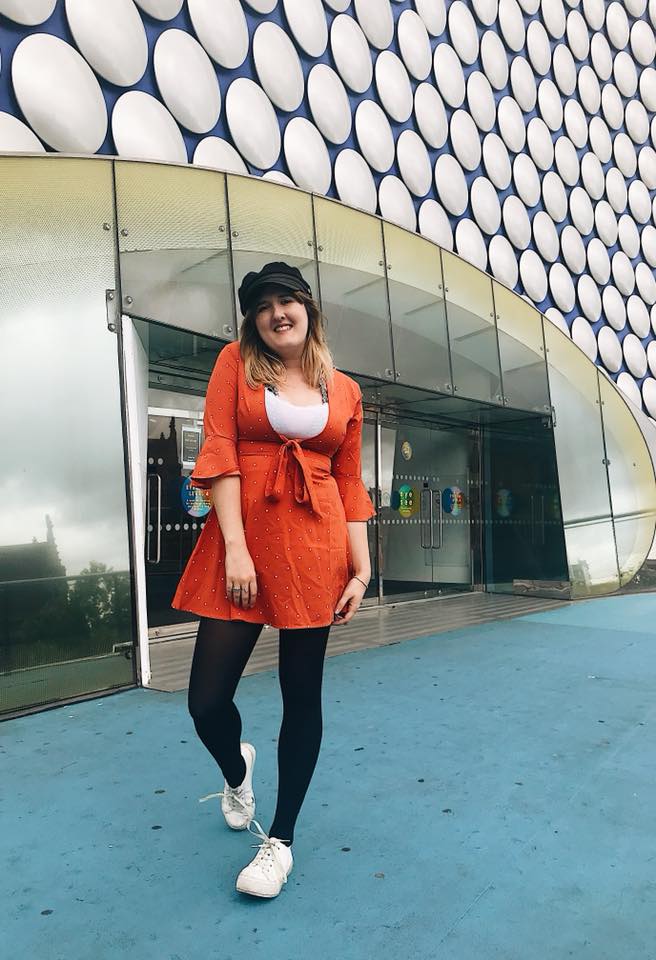 Let me give you a lil anecdote to explain where I’m comin’ from. This last weekend, I moved back into my university house. I said goodbye to my boyfriend for a good few weeks as he lives over 2 hours away when we’re at university, I got my lil room all sorted and I got reunited with one of my best pals. Being back at university quite early on this year, I wanted some time to breathe and to prep for the onslaught of third year. My pal last night went to stay at her boyfriend’s, leaving me with an empty house and some much needed me-time ahead. 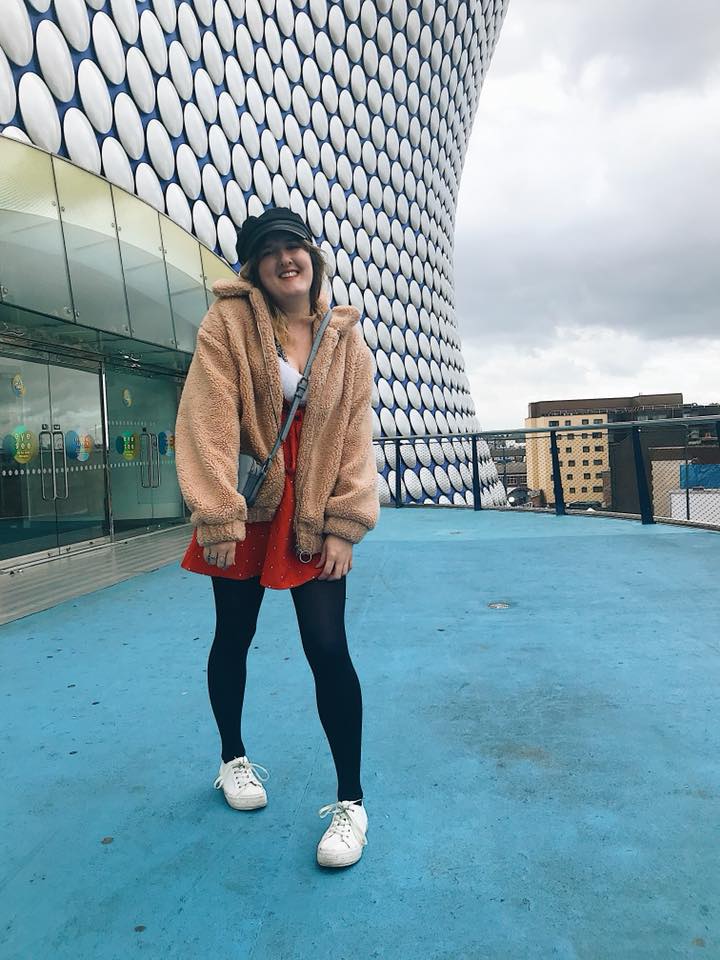 I don’t think I’ve had some proper me-time in months. Summer’s been and gone, yet it was busy and stressful. For weeks n weeks, all I’ve been begging for is an evening with no one about, just lil ol’ me, and a chance to do whatever the heck I liked. However, when this opportunity finally presented itself to me yesterday evening, I balked at such a prospect. 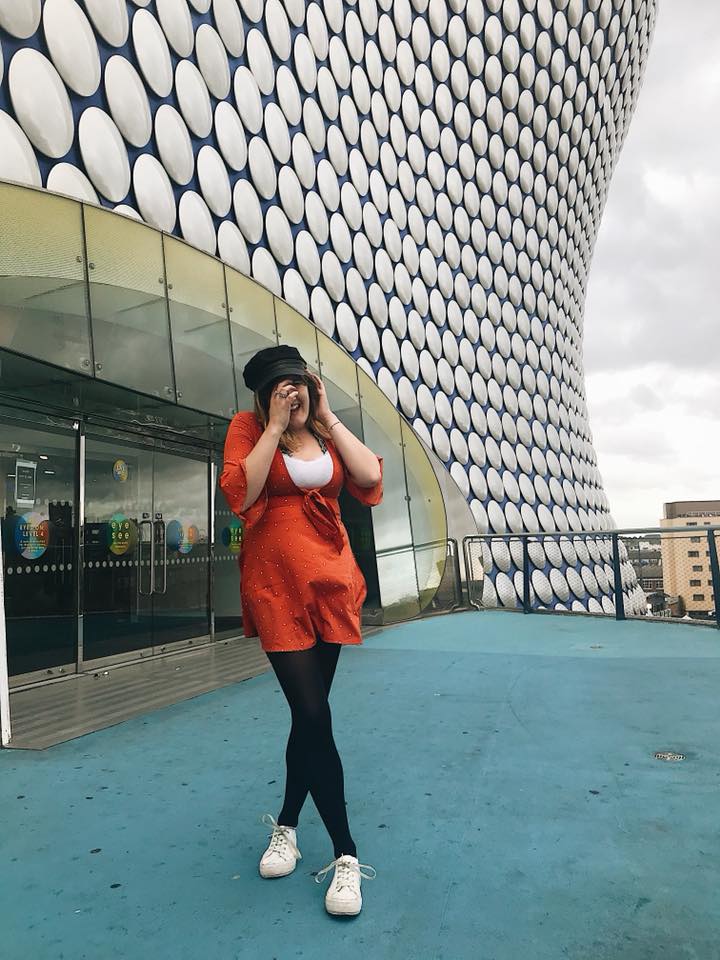 Finally faced with some much needed time alone, time alone I’d been internally begging for all summer, the idea absolutely terrified me. What the heck was I to do for over an hour by myself, an evening stretching out long and endless before sleep finally comes calling?! Part of me wanted to ask my pal if she fancied a third wheel crashing her date night. Because for some ridiculous reason, I’m terrified of me-time. The prospect of having no one about to chat to, distract my thoughts and spend an evening with is somethin’ that apparently freaks my lil brain out. And why is that? I think it’s because of two v v silly reasons. As an attempt to psychoanalyse my own brain (oh hello, overthinking, nice 2 see u back) I think I hate alone time particularly because of two things. The first is somewhere in my lil brain I tell myself that taking an evening off when there are productive things that I could be doing is wasting an evening. If I relax and do nowt but binge-watch Netflix when I could actually be doing reading for my course, writing blog posts or doing menial chores like the laundry, I’ll have put myself back serious time when I could have been cracking on with winnin’ at life. And secondly, I don’t like being alone with my thoughts, because being alone with nowt to do usually ends up spiralling into overthinking, negative thoughts and is a surefire way to pop moi in a bad mood. 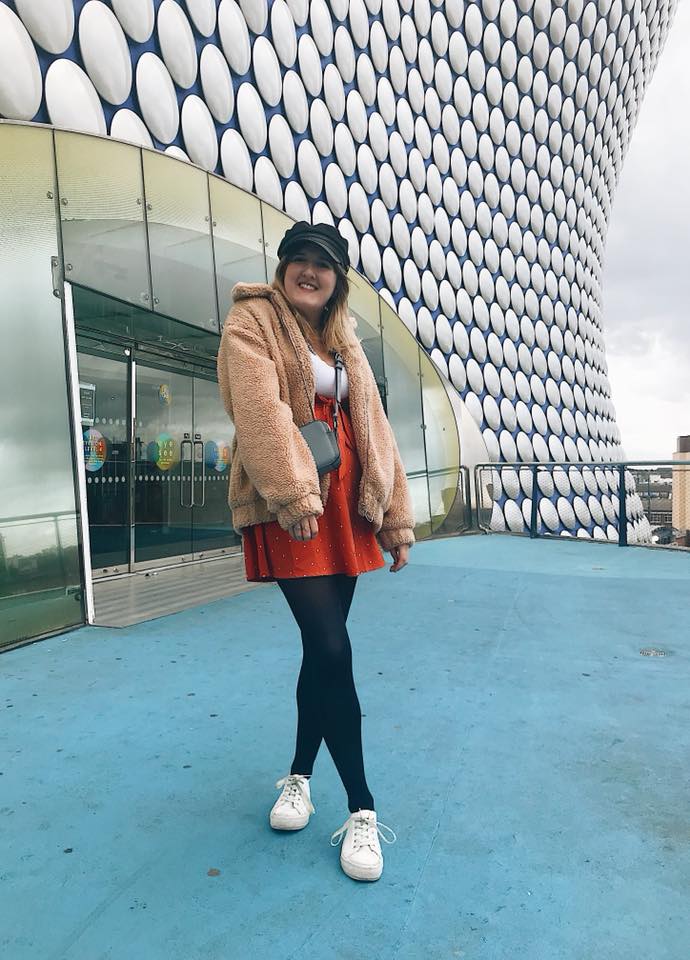 Now I know both of these reasons are incredibly silly. And typing away now, the day after, I can fully rationalise what I was thinkin’ and stop my wee brain from getting itself into a bad ol’ mood. First off, there is always something else that you could be doing to be productive in a day. If ya think like that, you’ll have never done enough. And even the most productive people have to take time off to themselves, because no one can be on the go 24/7. I completely and utterly know this, yet my brain likes to make me feel irrationally guilty every time I decide to take an evening to myself. And as for my fear of actually being alone, I think it’s because I’m always usually spending time with others, be that family, my boyfriend or friends, that when I’m actually finally alone, it’s a once in a blue moon situation, and I don’t quite know how to handle that blue moon yet. Last night, as the fog of the bad mood was finally lifting after I realised that lying in bed all snug watching YouTube vids I’d neglected to watch for weeks was actually quite a nice thing to do, a lil thought popped into my overthinking brain that actually had an impact in making me feel better. And it was this: if we didn’t listen to our negative thoughts, we’d never be unhappy. 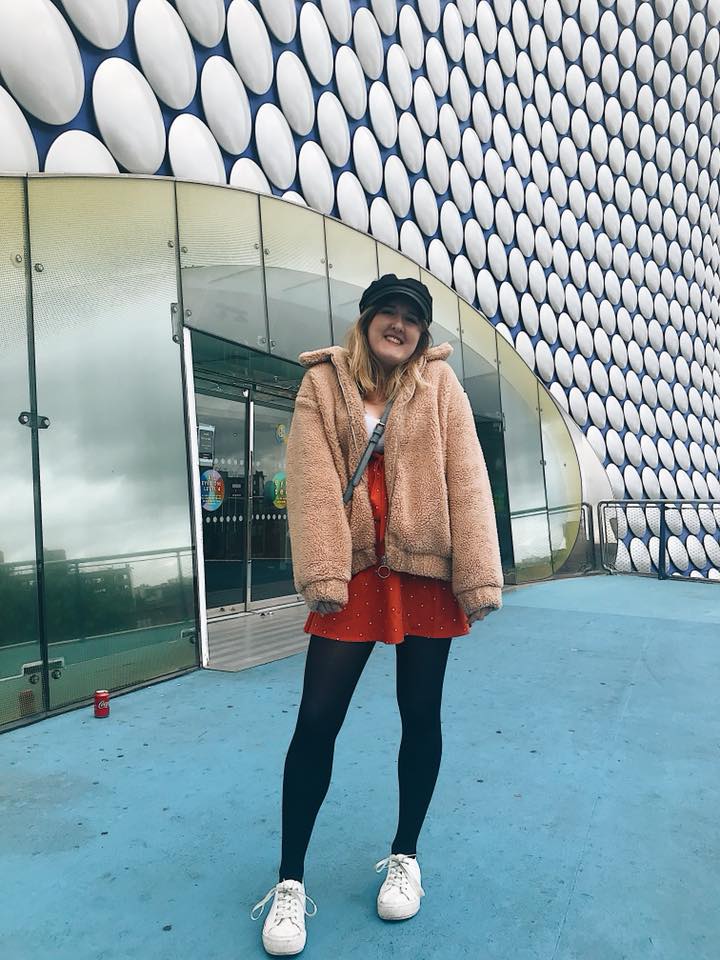 Hear me out on this one. The only thing holding us back is ourselves. If I spend the whole of an evening off worrying about the fact that I’m not going to be productive, I’m only going to be less productive the next day because that night off won’t have felt like a true relax and a true rest. If I compare myself to some of my other peers who, say, want to get into journalism like me, and have spent their whole summers interning away like busy bees whilst I’ve been at home dealing with some stressful stuffs and not having a chance to work away, I will never feel like I’ve done enough to be as ‘good’ as them. I could listen to the positive side of my brain that’s saying ‘you’re allowed an evening off, enjoy it, you’ve been wanting it all summer’ and is shouting ‘you’ve had some stuff going on- you weren’t able to up sticks and move to London for a 6 month internship like them, silly- it doesn’t have any reflection on your ability, it just meant circumstance stopped you from being able to achieve certain things this summer!’. But what does me brain decide to do? Take the negative route, ofc. 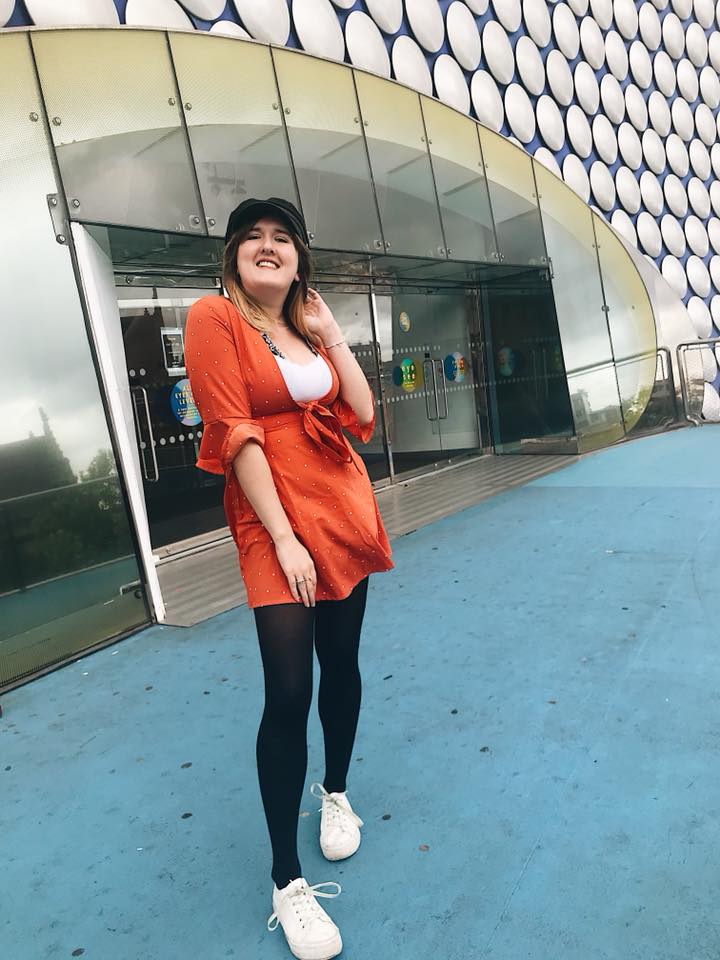 I spent my evening last night overthinking that I’d not done enough before my third year to build my CV for the competitive world of London journalism. My brain decided to forget all the things I’ve actually achieved over my degree so far, because apparently none of that was good enough for the overthinker, and instead tortured myself into comparing myself to everything the top tier of my overachieving peers have managed to accrue this summer. 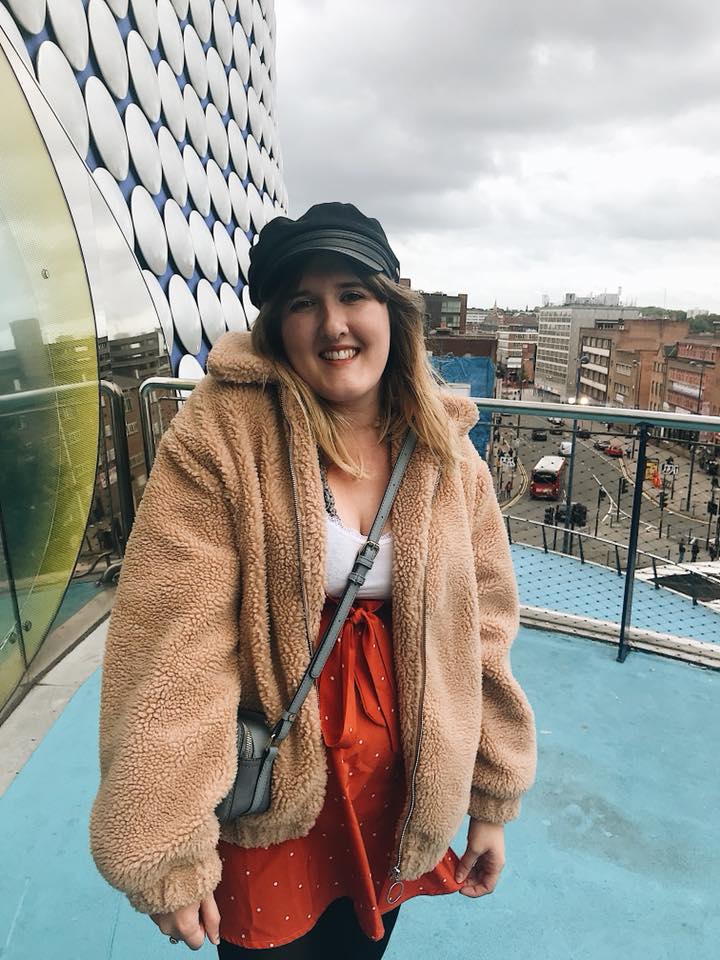 And this morning, I woke up feeling a heck of a lot better (because a good night’s sleep solves the overthinkin’ woes)- but I still panicked about getting back onto WordPress and writing my first blog post that I’ve done in a while. Why? Because my brain decided to tell me that I might not write the post well enough, there won’t be a catchy enough headline and if I can’t even think of a decent way to write my introduction, why am I even bothering to write?! And the overthinking strikes again. THIS is what I mean when I say we shouldn’t listen to our thoughts, and that the only thing holding us back is US. if I’d have ignored my brain’s anxious tendencies this morning, and had just opened my laptop and started typing away, I’d have written this blog post hours ago- and it might have been better than this one currently is, because sometimes overthinking kills creativity. A piece of advice I hear time and time again on my Creative Writing degree from experienced lecturers is to just begin to WRITE. Don’t worry about where the story is going, don’t worry if the beginning isn’t snappy enough, just bladdy write what comes to you. No first draft is perfecto from the off; that’s why there’s an editing process. Just get on wit it, gal. We are our biggest critics. And the only thing holding us back from pushing towards the goals we want to strive towards is ourselves. Negative thinking only makes ya feel down. And this can be applied to anything in life that you’re worrying about, you’re stressing about and is getting you down. It really is as simple as looking on the bright side. There are always two ways of looking at a situation: look at the positives, or ignore every good thing, focus on the negatives and talk yaself into a bad mood. Positivity is key – let’s start using it more. Me included. 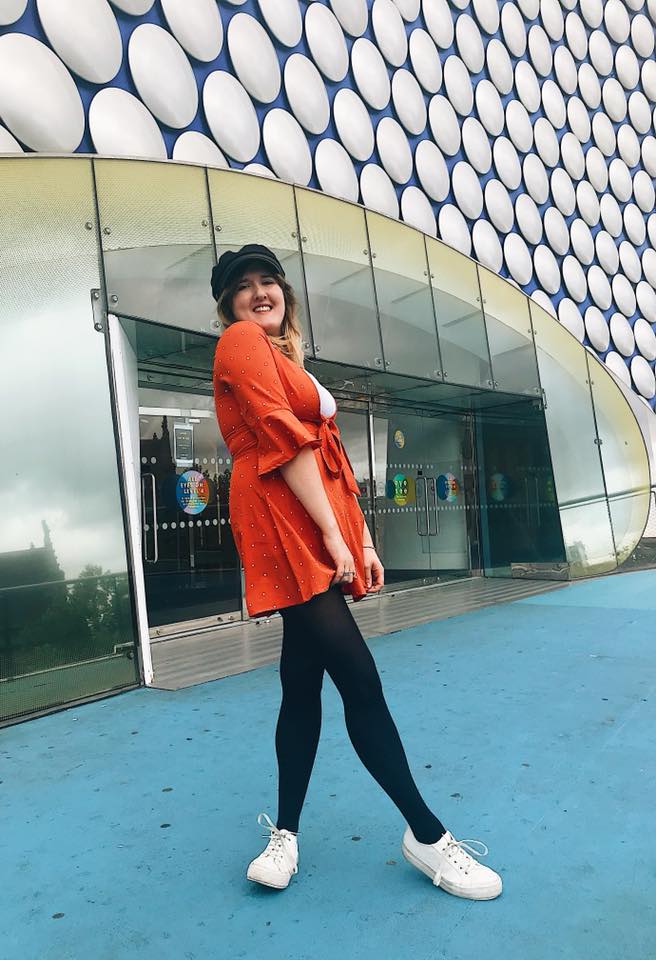 You are the only thing holding you back. Now I want you to do somethin’ today to make yourself proud. Don’t worry about the outcome, don’t try to be perfect from the off, just do something you’ve been meaning to do for a while, and maybe putting off because you’re too nervous. Just go 4 it, pal- you can do this. 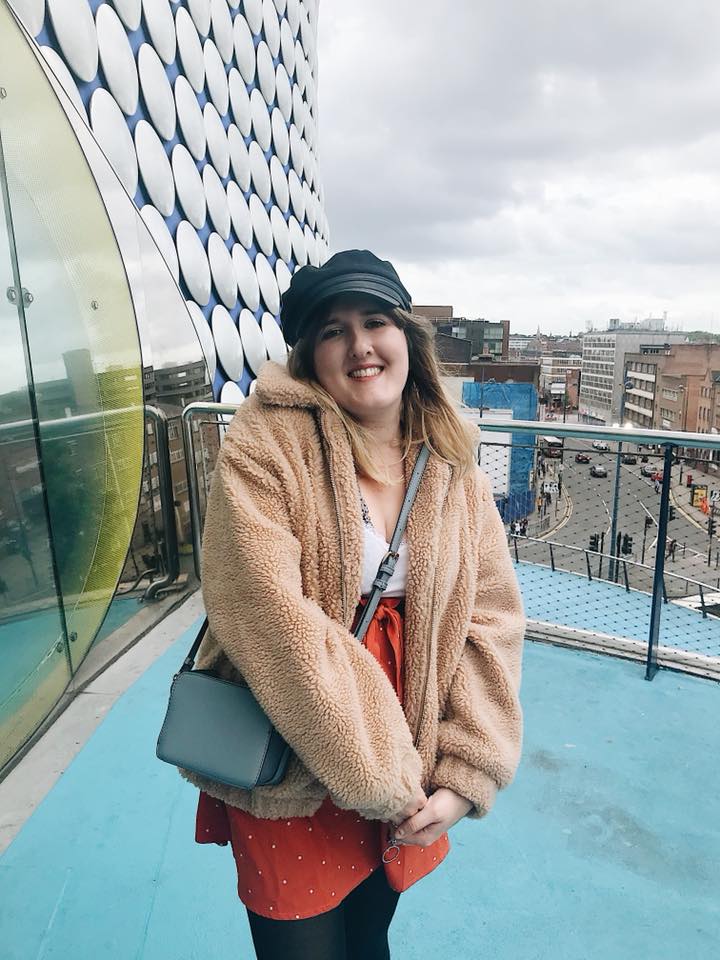 Get to know Bristol (literally with me, I’m...

Everything that no one actually tells you about...